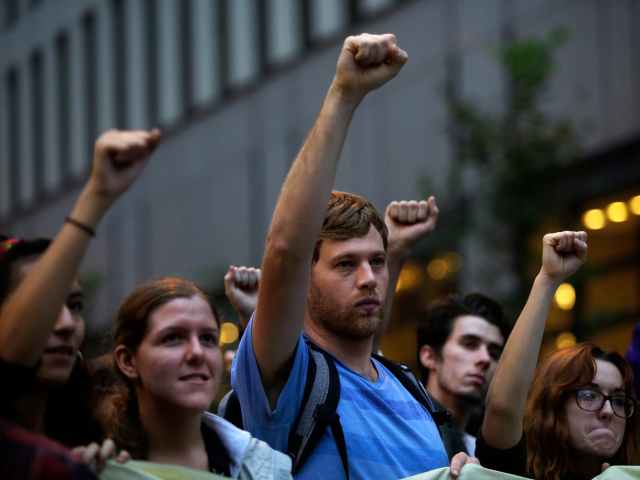 Dickinson College in Pennsylvania published an op-ed in its student newspaper claiming that the world needs to be saved from “the white man,” arguing that white men have “become obsolete” and “have yet to demonstrate any collective competence in treating people as human beings.”

An op-ed entitled, “How Do We Save the World From the White Man?” was published Thursday in the student newspaper for Dickinson College, The Dickinsonian. In the piece, the author argues that “the idea of the white man” should be dismantled “wherever it tries to manifest itself.”

Student Kevin Ssonko wrote his anti-white piece in response to the backlash that had been received in response to another op-ed published in the school’s student newspaper last week, entitled, “Should White Boys Still Be Allowed to Talk?”

In the first anti-white piece, the author had argued that white males are not qualified to share their opinions due to the color of their skin, and therefore, should be silenced.

Ssonko chose to double down on the claims made in the initial op-ed, stating that white men “have yet to demonstrate any collective competence in treating people as human beings,” and that they should listen when told to “take a step back and shut their mouths for once in history.”

“If there is one thing an individual can learn from the history of this nation, it’s that on the question of the liberation of human beings, white people, and white men more specifically, will not respond rationally,” argues Ssonko.

“White men have chosen to respond to calls for equal justice as being an existential threat to their existence,” continues the student.

“As a result of this, the conversation continues to be stifled as oppressed people are forced to continue to make the same arguments for their humanity as white men continue to refuse to understand.”

Ssonko added that while Malcolm X never lived to see “the absurdity of the neo-fascist government that we have in our current administration,” his “diagnosis” of the “racial climate” in the United States still “reads just as true now as it did then.”

“So the question then must be asked,” affirms Ssonko, “how do we save the world from the white man?”

The student claims that the world can be saved from “the white man” when society understands that “the idea of the white man has become obsolete,” and that it should be challenged and dismantled “wherever it tries to manifest itself.”

Dickinson College is not the only student newspaper to have published anti-white pieces recently.

An op-ed was published in Yale University’s student newspaper last week, suggesting that students collect and save evidence on white male classmates, so that it can be used to ruin political careers in the future.