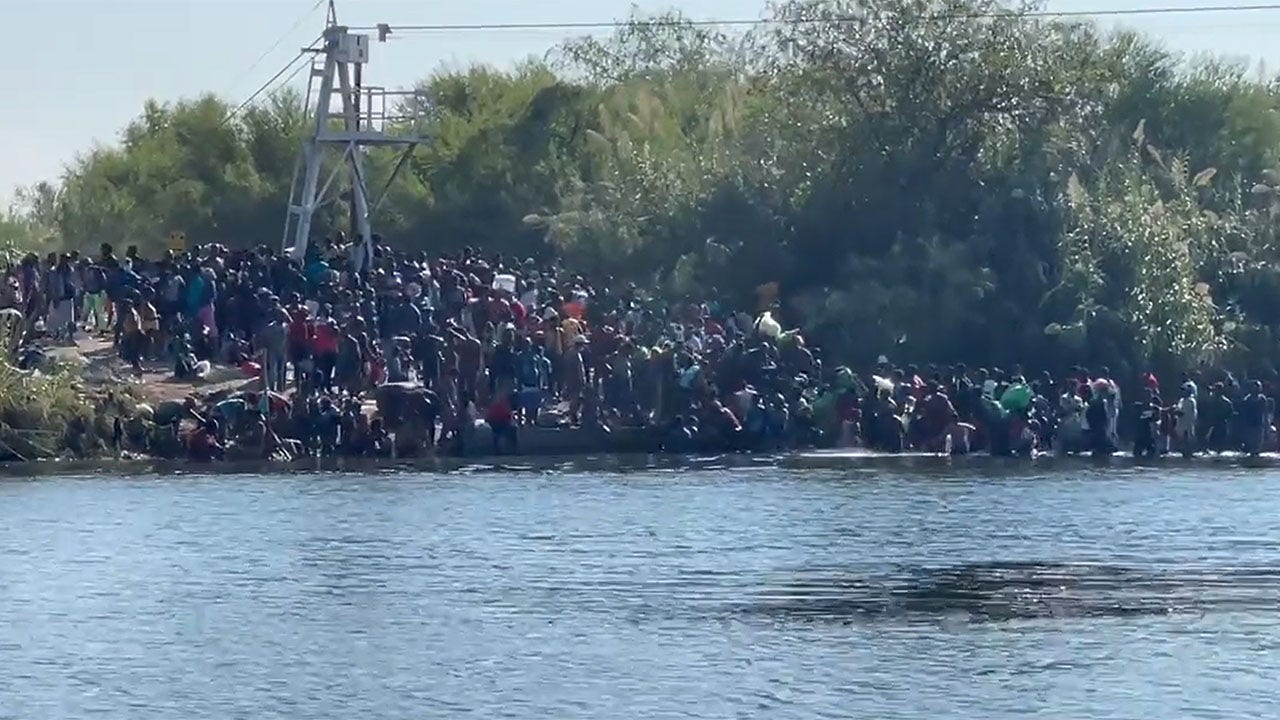 The Biden administration on Saturday announced it is ramping up deportation flights to Haiti as officials scramble to get a grip on a rapidly escalating situation in Del Rio, Texas — where more than 14,000 migrants have surged to the area and have gathered under a nearby bridge as they look to enter the United States.

The situation, captured in images by Fox News that show thousands of migrants predominantly from Haiti gathered under the International Bridge, has caught officials off guard as numbers surged from 4,000 to 14,000 in a matter of days and sparked a fresh border crisis for the administration.

Images taken by Fox News on Saturday showed hundreds of migrants massed on the Rio Grande and walking into the U.S. across a shallow part of the river from Mexico.

Officials have described the situation as “out of control” and the head of the Border Patrol labor union told Fox News that agents were overworked and frustrated at what they saw as a failure to act by the federal government.

On Friday night, U.S. Customs and Border Protection (CBP) announced it had shut down the port of entry, meaning those engaging in legal travel and trade will need to travel to Eagle Pass 57 miles away. Meanwhile, sources told Fox that the border checkpoints, which apprehend illegal immigrants and illicit cargo have also been shut down.

The Department of Homeland Security (DHS) on Saturday announced it is implementing a “comprehensive strategy” to deal with the surge, which includes increasing the number of agents and officers to the area by 400 and moving migrants to other processing stations. About 2,000 were moved on Friday to other stations, the statement said.

“Third, DHS will secure additional transportation to accelerate the pace and increase the capacity of removal flights to Haiti and other destinations in the hemisphere within the next 72 hours,” the statement said.

IMAGES OF HAITIAN MIGRANT SURGE AT DEL RIO SHOW CHAOS UNDER BRIDGE AS NUMBERS SOAR PAST 11,000

Flights had reportedly been stopped after an earthquake in Haiti in August, which is believed to have encouraged migrants to make the journey, along with the decision by the administration to extend Temporary Protected Status (TPS) to Haitians already in the U.S. in May.

The department also says it is working with transit countries to accept back the migrants who have gone to the border, while also taking further steps to reduce crowding and improve conditions.

“Finally, the White House has directed appropriate U.S. agencies to work with the Haitian and other regional governments to provide assistance and support to returnees,” the statement said.

DHS said the “majority” of migrants will continue to be expelled under Title 42 health protections — although a recent legal ruling ordered the administration to stop removing migrant families under the order later this month. It can still be applied to single adults however.

The department reiterated its claim that “our borders are not open, and people should not make the dangerous journey.”

“Individuals and families are subject to border restrictions, including expulsion. Irregular migration poses a significant threat to the health and welfare of border communities and to the lives of migrants themselves, and should not be attempted,” it said.