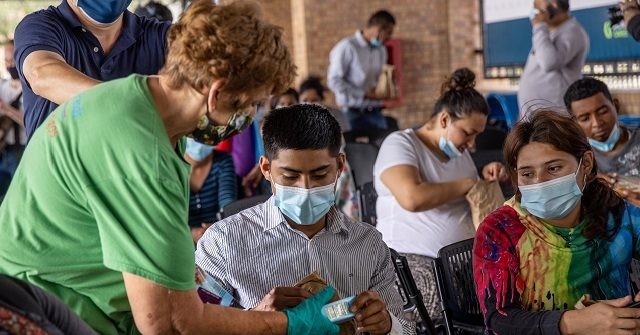 In a statement issued today, DHS Secretary Alejandro Mayorkas attempts to present the facts of what the Biden Administration views as a “challenge” along the southern border. Mayorkas admits the situation is worsening.

“We are on pace to encounter more individuals on the southwest border than we have in the last 20 years,” he says. But in the same statement, he touts the Trump era CDC Title 42 COVID-19 authority as a deterrence to those wishing to illegally enter the United States. The statement likely will bring harsh criticisms from progressives who have long railed against the policy.

In a recent letter to Mayorkas, more than 60 Democratic Members of Congress urged him to discontinue the application of Title 42.

“We write out of deep concern about continued Title 42 expulsions and deportations that have taken place in recent weeks, seemingly regardless of whether these migrants meet priorities for removals,” the letter reads. “In many cases these deportees are families and children who likely pose no security threat. The Trump administration misused Title 42 to summarily expel hundreds of thousands of migrants while denying them due process and access to the asylum system in contravention of international legal obligations.”

The majority of those apprehended at the southwest border are single adults who are currently being expelled under the CDC’s authority to manage the public health crisis of the COVID-19 pandemic. Pursuant to that authority under Title 42 of the United States Code, single adults from Mexico and the Northern Triangle countries of El Salvador, Guatemala, and Honduras are swiftly expelled to Mexico.

Sources report the Biden Administration has contemplated ending the CDC expulsion process. Law enforcement sources within DHS say the plan to end the authority is still on the table, however, the increasing levels of illegal crossings have complicated the situation.

In a January letter to Biden Administration officials, more than 70 doctors and public health officials urged the administration to end the order:

Imposing restrictions on asylum seekers and other migrants based on immigration status is discriminatory and has no scientific basis as a public health measure. The U.S. government has implemented and recommended various public health measures for the millions of travelers who have crossed U.S. land borders since the pandemic began.

The ACLU is also pursuing legal action against the order.

Randy Clark is a 32-year veteran of the United States Border Patrol.  Prior to his retirement, he served as the Division Chief for Law Enforcement Operations, directing operations for nine Border Patrol Stations within the Del Rio, Texas, Sector. Follow him on Twitter @RandyClarkBBTX