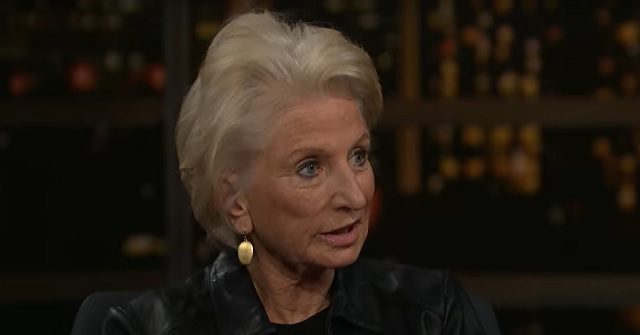 On Friday’s broadcast of HBO’s “Real Time,” former Rep. Jane Harman (D-CA), who is a member of the Department of Homeland Security’s Homeland Security Advisory Council, said that she doesn’t understand why the agency is creating the Disinformation Governance Board and that she wasn’t consulted on the idea. Harman also stated that while an agency with a narrow scope would be fine, “something very broad-scale that could become something” similar to the House Un-American Activities Committee, “would be highly unfortunate,” but she doesn’t think the board will turn into that.

Harman stated, “Well, full disclosure, I’m on the Homeland Security…Advisory [Council]. I was in Congress when the agency was set up, and it has performed well. I don’t get this piece. I wasn’t consulted. It was leaked before it was rolled out, and if it were confined to a few missions that you mentioned, Bill [Russian disinformation and human traffickers], I think it would be fine, and maybe that’s what they will intend. But I certainly agree that something very broad-scale that could become something like HUAC, the old Richard Nixon thing, would be highly unfortunate, and I don’t think that’s where it’s going.”