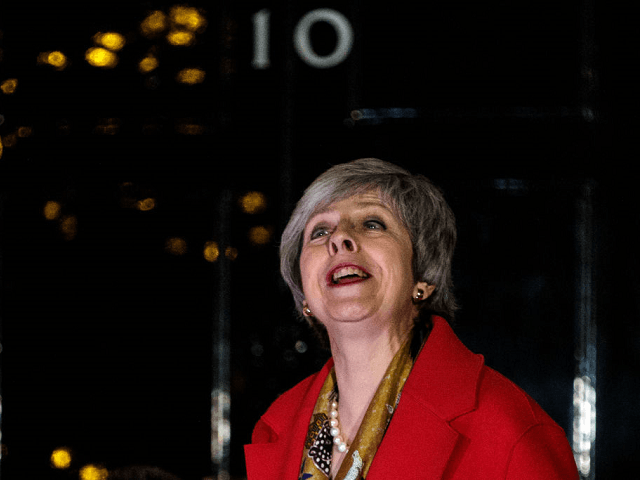 British Prime Minister Theresa May is defying recommendations from colleagues to delay a vote on her Brexit deal in the House of Commons, despite facing an almost certain defeat.

Chairman of the influential 1922 Committee Sir Graham Brady, the man responsible for revealing a party leadership competition, called on the prime minister to reconsider having a vote on her Brexit deal on Tuesday.

Sir Graham expressed the broadly-held dissatisfaction over the Northern Ireland backstop element of the deal and told a BBC camera crew on Whitehall Thursday: “I think the most important thing is to have clarity about how we might remove ourselves from a backstop Northern Ireland protocol situation if we were to enter into one in the future.

“It is having the answer to that question of substance that is most important, not the timing. So if that question can be answered in the next few days, then all well and good. If it can’t, I would certainly welcome the vote being deferred until such time that we can.”

Other senior Conservatives are also trying to persuade the prime minister to step back from holding a vote on her deal next week, The Times naming Defence Secretary Gavin Williamson and Home Secretary Sajid Javid as among that number.

Downing Street said the prime minister was pushing on with the vote next week, the paper said.

The comments came after legal advice written by the Attorney General for the Government entered the public domain after May fought to keep the contents of the six-page document secret.

The House of Commons voted to find the Government in contempt of Parliament, the first time this has happened, and so forced the document to be published.

Brady’s concerns over removing the United Kingdom from the backstop mechanism follows the legal document which advised the Government that “in the absence of a right of termination” — as is the case under the present arrangement — there is “a legal risk that the United Kingdom might become subject to protracted and repeating rounds of negotiations.”

The UK would not be able to unilaterally pull itself from the transition period controls of the European Union — even if the relationship between the UK and the bloc broke down post-Brexit due to a negotiation deadlock.

The Attorney General wrote: “The current drafting… does not provide for a mechanism that is likely to enable the UK lawfully to exit the UK-wide customs union without a subsequent agreement.

“This remains the case even if parties are still negotiating many years later, and even if the parties believe that talks have clearly broken down and there is no prospect of a future relationship agreement.”

The paper also revealed in the case of the backstop being activated — which given the lack of success in fruitful negotiations so far seems all but certain — the United Kingdom would have an internal customs border forced upon it by the European Union.

The legal advice stated that Northern Ireland, a full and equal part of the United Kingdom, “will apply the whole of the EU’s customs [legislation], and the Commission and [European Court of Justice] will continue to have jurisdiction of its compliance with those rules” while the rest of the nation would start to break free.

This has the effect of initiating the break up the United Kingdom — an outcome that Prime Minister Theresa May had previously sworn to avoid.