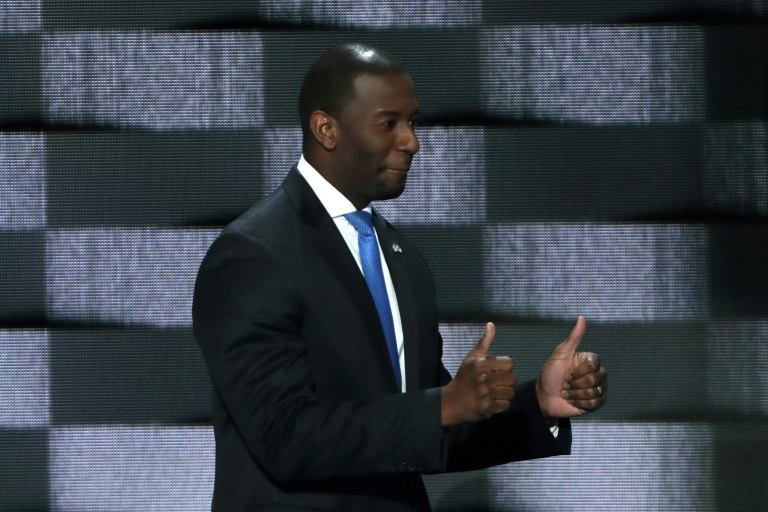 Florida Republican gubernatorial candidate Rep. Ron DeSantis (R-FL) warned Floridians on Wednesday evening that sanctuary cities will pop up across Florida and illegal immigrant child molesters will be allowed back on the streets if Tallahassee Mayor Andrew Gillum (D) becomes the state’s next governor.

During their second gubernatorial debate, DeSantis, addressing Gillum’s remarks that there are no official sanctuary cities in Florida, said “that’s going to change if he’s governor. He’ll support sanctuary cities.”

Gillum, who ran on a platform of abolishing Immigration and Customs Enforcement (ICE) and impeaching President Donald Trump, and DeSantis are in a tight battle down the homestretch, with Gillum having slight leads in recent polls.

“He said he will not cooperate with Donald Trump’s ICE, and that to me is absolutely outrageous,” DeSantis said of Gillum. “He hates Trump so much, he’s political posturing. If we have a criminal illegal that serves a prison sentence and there’s an ICE detainer on that individual so we can get them in federal custody and send them home, Andrew won’t commit to cooperating.”

Desantis argued that he will cooperate and “get that criminal out of our state and out of our country.”

“And here’s the thing: Why would you allow your dislike of the president to knowingly put communities at risk, to have mothers who may have their sons or daughters harmed by somebody? That is just wrong. We have to protect Floridians first. And that’s what I would do as governor,” DeSantis continued.

DeSantis emphasized that Gillum has not committed to working with ICE after illegal immigrant criminals have served sentences for various crimes.

“Say you’re convicted of child molestation. You’re here illegally. You served your sentence. State prison. Are you going to hand them over to ICE or not?” DeSantis continued. “He will not commit to doing that. That means that child molester convicted gets released back on the streets after serving the sentence. And guess what? That child molester will re-offend, and someone’s son or daughter in Florida will end up paying the price.”

Gillum claimed that he would cooperate with federal authorities when dealing with illegal immigrant child molesters and called DeSantis’s attacks “shameful” after having accused DeSantis of supporting policies that promote criminalizing “people off of their personhood” and “racial profiling.”