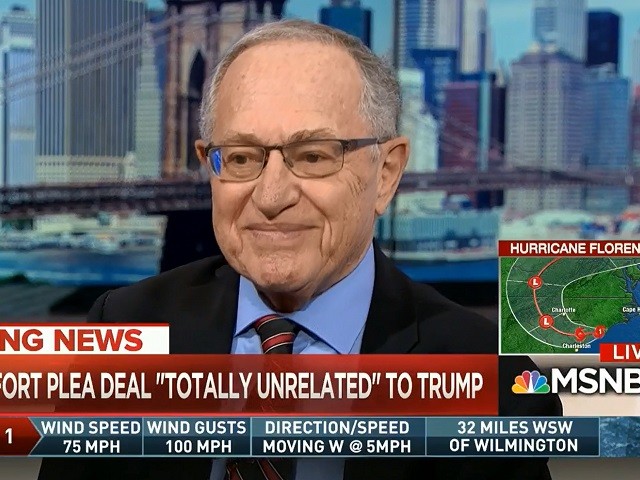 Host Steve Kornacki asked, “Is that [the Manafort deal] something the White House should be alarmed about right now?”

Dershowitz responded, “Well, of course they should be. There’s nothing that he can testify to that would probably lend weight to impeachment because he didn’t really have close contact with President Trump while he was president. But he did have contact during the campaign. Tough question whether or not alleged crimes committed to get somebody elected president is an impeachable offense or not. We don’t know the answer to that.”

He continued that while Manafort isn’t a credible witness, “what they’re looking for is self-corroborating information that can be used against Trump.”

Dershowitz later stated, “I think from the point of view of Mueller, this is a big win.”