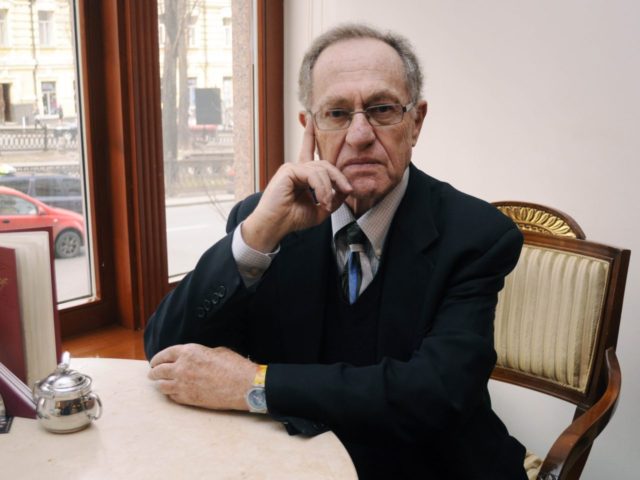 “Any reasonably competent [defense] attorney could demolish her affidavit,” Dershowitz said, noting that Swetnick had not explained what she meant when she alleged that Kavanaugh was “present” at her gang rape.

He also said that she had failed to explain why, if she had witnessed multiple gang rapes at parties among Kavanaugh’s friends in Maryland, she had kept going back to the parties.

The affidavit looked as if it had been prepared in haste, Dershowitz said, as Avenatti likely realized he needed to publish it before Thursday’s hearing before the Senate Judiciary Committee if it were to have any impact on the confirmation process.

(Kavanaugh is scheduled to testify, along with the first accuser, Christine Blasey Ford, whose claims have not been corroborated by any of the eyewitnesses she named.)

Swetnick had mentioned two eyewitnesses, Dershowitz noted, but had not named them. “Any lawyer should have been embarrassed to submit an affidavit like that.”

He criticized the Republican majority on the judiciary committee, however, for selecting Arizona prosecutor Rachel Mitchell to lead questioning on Thursday. They should have named a defense attorney instead, he argued.

“What does a prosecutor know about cross-examintion? A prosecutor puts on a case.”