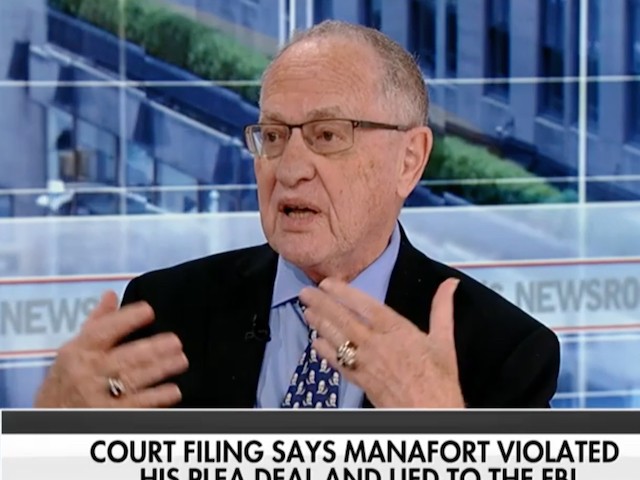 Discussing Mueller’s upcoming report on President Donald Trump, Dershowitz said, “I predicted this on Sunday when I said that Mueller is not going to be able to use Manafort because he is a proven liar. You can’t put a liar on the witness stand, just like he is not going to be able to use Corsi or anybody who he got to plead guilty to perjury or lying to an FBI agent. You know, the number of witnesses that he has that are credible are shrinking by the day.”

He added, “The president and his team has to be ready. Mueller won’t produce a neutral report or be fair. He will produce what he believes is going to be a devastating attack. He will put together everything. He will use information from Manafort and others without necessarily disclosing that they are liars. And so the president’s team has to be ready and why I’ve suggested that the president’s team demand that on the day the Mueller report is released, that their report is released as well. That the public gets a chance to see both reports.”