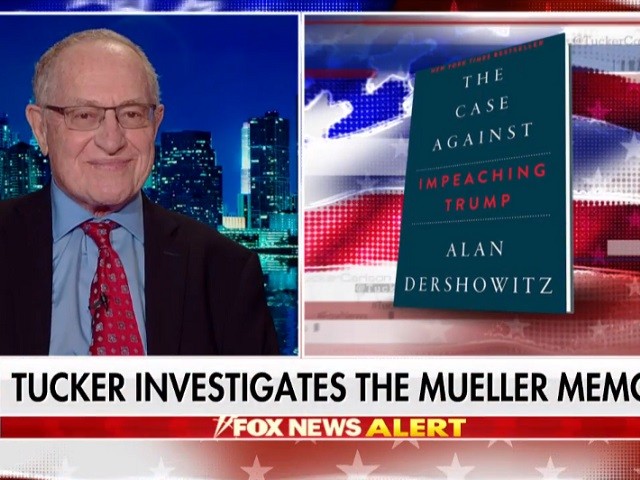 Monday on Fox News Channel’s “Tucker Carlson Tonight,” retired Harvard Law professor Alan Dershowitz argued if the circumstances were that the current controversy involving President Donald Trump was “President” Bill Clinton instead of Trump, the tack of the media and Democrats would be different regarding the issue of impeachment.

Dershowitz said Democrats and the aligned media would refer to the current situation as a “witch hunt” if Clinton were involved and that Republicans would take the current position of Democrats and call for Clinton’s impeachment.

“I want everyone out there to imagine the following scenario,” he said. “Let’s assume that when Bill Clinton was running for president, Paula Jones came up to him and said, ‘Unless you pay me $130,000, I’ll reveal our affair.’ And let’s assume that Bill Clinton and Hillary Clinton together did exactly what is alleged that Donald Trump and [Michael] Cohen did together. I guarantee you The New York Times, NBC, MSNBC would be railing against any prosecutor who dared to suggest that this was a violation of the campaign finance law. Everybody would be on the other side of this issue. There would be Republicans out there saying strip him of the presidency, impeach him, indict him. Every Democrat would be saying this is a witch hunt, this is terrible.”

“We need a single standard. If you wouldn’t go after Bill Clinton, don’t go after Donald Trump,” he added. “If you’re going after Donald Trump, then you have to go after Hillary Clinton for everything she allegedly did.”
Dershowitz went on to call for the “shoe-on-the-other-foot test” for this and other similar potential investigations.