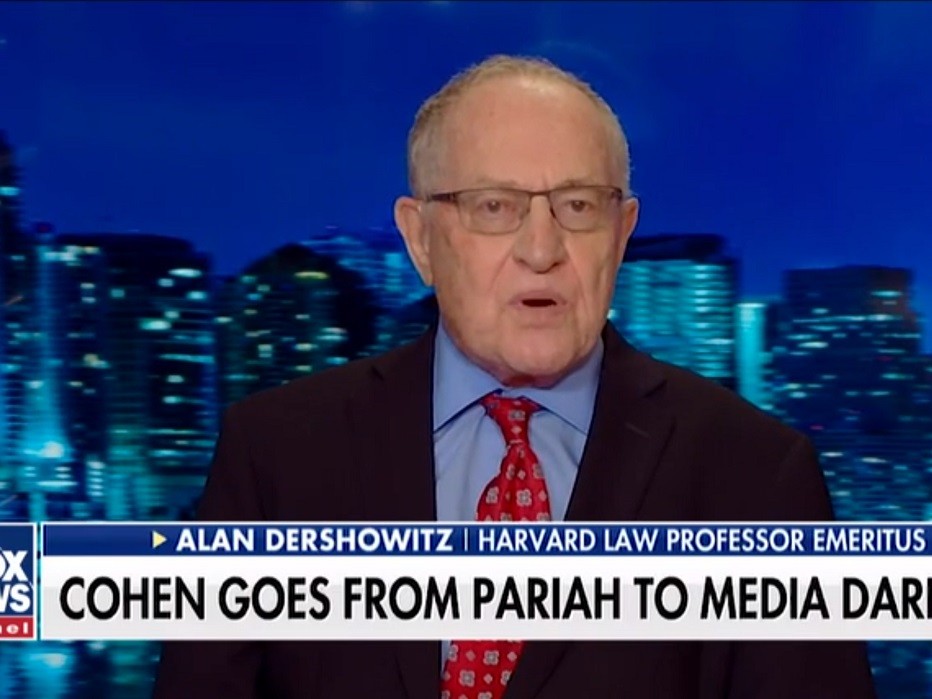 In an appearance Friday on Fox News Channel’s “The Ingraham Angle,” retired Harvard law professor seemed to reject the possibility of former Trump attorney Michael Cohen receiving a reduction in his prison sentence given his claim of being a changed man in an interview earlier in the day with ABC.

“Well, I’ve had about 250 criminal defendants that I have represented, and many of them after their court have gone on this kind of redemption tour or redemption campaign,” he said. “Frankly, I think they really persuade themselves that they mean it. They persuade their family, and they want to mean it because nobody wants to be a phony. So, I suspect deep in his heart Cohen thinks he’s a changed man.”

“If he got out of jail, would anybody really hire him to teach ethics somewhere?” Dershowitz continued. “I doubt that very much. But, I’m sure he has mixed motives, he wants to appear to his peers and friends and family to have seen evil and redemption. And he also obviously has a secondary purpose — the secondary  game of trying to get a reduction, which I think it’s unlikely to happen.”