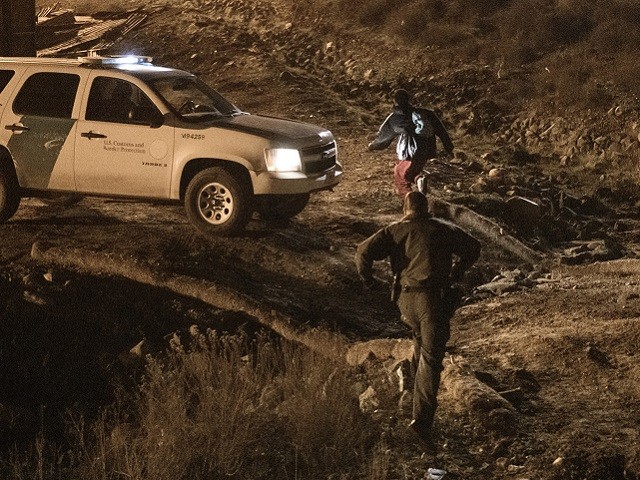 Calexico Station agents apprehended a suspected illegal immigrant on Monday afternoon approximately 11 miles west of the Calexico Port of Entry. The agents transported the man to the Calexico Station where they would identify him and conduct a biometric background investigation, according to information obtained from U.S. Customs and Border Protection officials.

During the investigation, agents identified the man as 63-year-old Jose C. Gomez, a Mexican national. The agents checked his criminal history and discovered that a Georgia court convicted Gomez in 2o07 for Felony Child Molestation. The court sentenced the man to five years in prison. Following the completion of his prison term in February 2011, immigration officers deported him to Mexico.

A court in Virginia also convicted Gomez in August 1999 for Felony Abduction and Kidnapping. The Virginia court sentenced the Mexican national to two years in state prison.

El Centro Sector Border Patrol officials stated that their agents have apprehended and seven convicted sex offenders as they attempted to re-enter the U.S. since the new fiscal year began on October 1.

CBP officials stated that Gomez remains in federal custody and will be prosecuted for illegal re-entry after removal as a sex offender. If convicted on these charges, Gomez could face up to 20 years in federal prison.

In separate incidents, Del Rio Sector agents apprehended two previously deported criminal aliens as they attempted to make their way back into the U.S. interior. Officials reported that agents assigned to the Carrizo Springs Station arrested a 53-year-old Mexican national on January 24 for illegally crossing the border.

In this case, records revealed that a court in Decatur, Illinois, convicted the Mexican national in 2012 for child molestation. The court sentenced the migrant to 10 years in state prison. Immigration officers deported the man in April 2017 after he served five years of the sentence.

Three days later, Brackettville Station agents arrested a 48-year-old Mexican national for illegal entry into the U.S., officials stated. During a background investigation, the agents learned that a court in La Grange, Kentucky, convicted the man in 1996 for rape. Immigration officers deported the criminal alien after he served two years of a five-year prison sentence, officials reported.