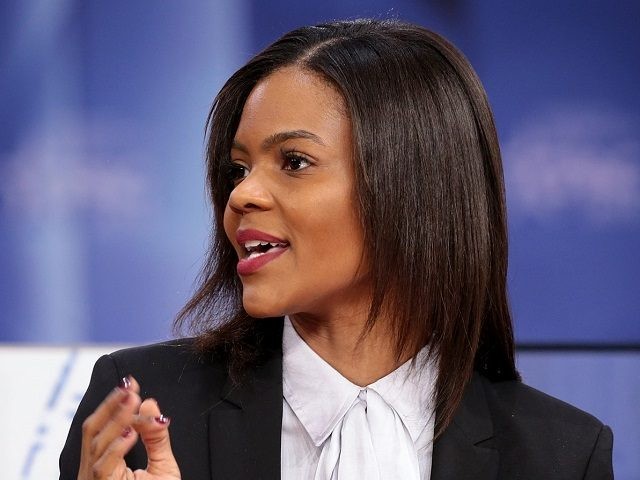 DePaul University has blacklisted Charlie Kirk and Candace Owens from speaking on the university’s campus, denying conservative students the same experiences afforded to their liberal counterparts.

Kirk and Owens were scheduled to speak at DePaul University on October 16, 2018, as part of Turning Point USA’s (TPUSA) 12-stop Campus Clash tour, which kicked off Wednesday at the University of Colorado-Boulder.

The event was canceled by DePaul University’s Associate Vice President of Student Affairs Rico Tyler, after he cited concerns of “violent language” and “identified populations being singled out in a demeaning fashion,” as first reported in the Illinois Review, which covers local Chicago and Illinois political news.

“At this point it’s clear, we’ve been blocked from campus simply because we’re conservative,” said Kirk, “DePaul’s plan was to delay, delay, delay, and then claim there was no longer ‘enough time.’ We will not let them get away with this deception. They never intended to let us speak and they used every bureaucratic tactic in the book to restrict our speech.”

“For the first time ever, my right to speak as a black conservative is DENIED at [DePaul University],” wrote Owens on Twitter, “He has referred to my words as ‘violent language.’ — BLACK PEOPLE DO NOT HAVE TO BE DEMOCRATS is not ‘violent language.’”

For the first time ever, my right to speak as a black conservative is being DENIED at @DePaulU in Chicago by VP Rico Tyler. He has referred to my words as “violent language”.

BLACK PEOPLE DO NOT HAVE TO BE DEMOCRATS is not “violent language”.

“This is discrimination plain and simple,” said Kirk, “and it’s yet another example of why conservatives must keep fighting campus radicals to ensure conservatives have a voice at America’s universities. “They have only emboldened us.”

This isn’t the university’s first attempt in subverting a TPUSA event.

In May 2017, DePaul University banned TPUSA’s “Gay Lives Matter” posters, stating that they “pit two marginalized groups against each other,” referring to gays and Muslims. The posters were multipurpose, serving to raise awareness, as well as advertise for the group’s event “Dictatorships and Radical Islam: The Enemies of LGBTQ Rights” which featured journalist Jamie Kirchick as the event speaker.

One month later, the university censored discussion on misogyny and abuse in Islamic culture by banning TPUSA from advertising for their “Honor Diaries” film screening. Afterward, the screening included a Q&A session with Raheel Raza, the film’s creator, and Benjamin Bull from the Alliance Defending Freedom.

Kirk and Owens will still be speaking on their scheduled date at an off-campus location in downtown Chicago.

DePaul University did not respond to Breitbart News’ multiple requests for comment and clarification on what the university finds to be “violent” and “demeaning” language.