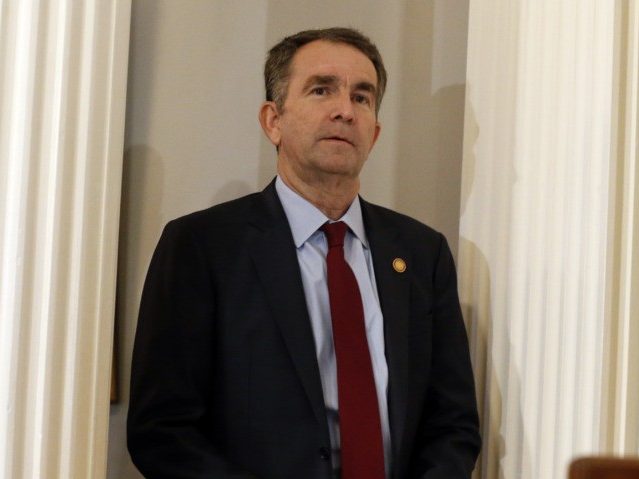 Democrats are worried that Virginia Gov. Ralph Northam’s racist yearbook photo will hurt their efforts to use race as an issue against President Trump in 2020, according to a report.

“A racist photo in Virginia Gov. Ralph Northam’s yearbook entry has become a national political concern for Democrats, threatening to complicate their bid to draw a sharp contrast with President Trump and the Republican Party on race ahead of the 2020 election,” the Washington Post reported Monday.

Northam on Friday apologized for appearing in the photo on his 1984 medical school yearbook page, after it was published in Big League Politics. It showed two people — one in blackface, and the other in a Ku Klux Klan robe. Another photo showed that his nickname was “Coonman.”

But on Saturday, he held a press conference where he denied he was in the photo altogether, but then admitted to wearing blackface during a Michael Jackson moonwalk contest.

The photos raised questions about the time Northam refused to shake the hand of an African American opponent for lieutenant governor of Virginia in 2013. Then-opponent E.W. Jackson tweeted on Sunday, “And that wasn’t Northam in the video of him refusing to shake my hand. That was his evil twin!”

And that wasn’t Northam in the video of him refusing to shake my hand. That was his evil twin!

It’s been a bad week for VA Gov @RalphNortham. First, he defended infanticide, then he apologized for a disturbing photo on his H.S. yearbook page, featuring blackface and a KKK outfit.

During a TV debate, watch as Northam refused to shake the hand of my friend @ewjacksonsr pic.twitter.com/BAhqgBkCB8

The resurfacing of the photos comes at an awkward time for Democrats — when 2020 hopefuls are announcing their bids, and hoping to run on racial inequality.

“We … expect candidates — and the broader progressive movement — to commit to an inclusive and motivating message in 2020 that addresses both economic and racial inequality,” Maria Urbina, Indivisible’s national political director, told Politico in November.

Gillibrand first called on Northam to explain, but then later called on him to resign.

The photo could also hurt Democrats with African American voters, with whom Trump has made inroads.

“The recent, more explicit rhetoric on race among potential 2020 Democratic hopefuls … is at least partly strategic. Black voters are likely to be decisive in many 2020 primaries, especially in the South,” wrote Politico’s Alex Thompson.

But there was “anger and sadness” among some African Americans in Virginia in response to Northam’s photo, according to another article in the Post.

“Honestly, he was in med school, so he’s not a child,” Pierre Hartgrove, 55, told the Post.

“I thought he was a good guy, actually. Does he not really like blacks? All these years, did he get the votes from us, did he say to his buddies, ‘Guess what? I got the Negroes’ votes!’ We don’t know,” he said.