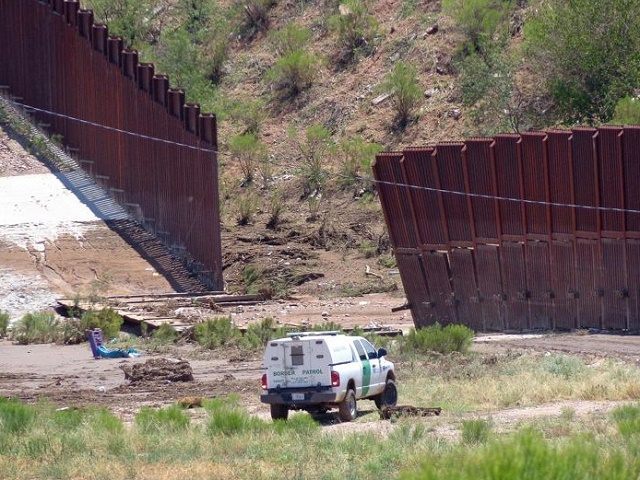 Democrats are looking to recreate a deal made earlier this year in an omnibus spending bill that President Trump signed, now saying they will budget $1.6 billion  for border security measures that do not actually fund the building of a border wall.

Trump started the year-end border wall funding negotiations by asking for only a fifth of the funds he needs to build the border wall he promised to his supporters. Since that first offer, Democrats are now reducing the funding they will accept to $1.6 billion, with the catch that the money cannot actually fund a wall.

In statements to Roll Call, Sen. Steny Hoyer (D-MD) said he and other Democrats would accept the $1.6 billion so long as the language of the funding makes clear that the money will not be used to build a wall along the U.S.-Mexico border.

“The $1.6 billion … the language is broader than just a wall, so I think that that could probably be agreed upon, which was a figure in the Senate bill,” Hoyer said.

Such a deal on funding would mean Trump receives less than 70 miles of “pedestrian fencing” in the Department of Homeland Security (DHS) funding bill. Full border wall funding would cost $25 billion, a figure that Trump acknowledges is necessary to construct a wall along the southern border, though he has yet to ask Congress for all the funds.

Could somebody please explain to the Democrats (we need their votes) that our Country losses 250 Billion Dollars a year on illegal immigration, not including the terrible drug flow. Top Border Security, including a Wall, is $25 Billion. Pays for itself in two months. Get it done!

The House version of the DHS funding bill, as Breitbart News reported, includes $5 billion for the border wall but ties the funding to a variety of cheap-labor giveaways to the big business lobby, the outsourcing industry, and the open borders lobby, including:

The House DHS spending bill does not include any additional funding for the Border Patrol to effectively detain illegal aliens without releasing them into the American general public.