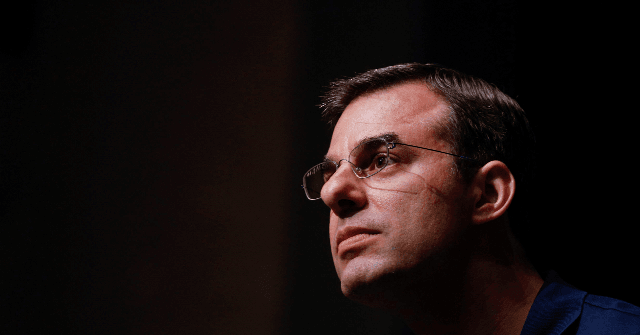 Amash, who recently signaled his support for impeaching President Donald Trump, surprised many on Thursday by penning an op-ed in the Washington Post announcing his departure from the GOP.

“Today, I am declaring my independence and leaving the Republican Party,” he wrote. “No matter your circumstance, I’m asking you to join me in rejecting the partisan loyalties and rhetoric that divide and dehumanize us. I’m asking you to believe that we can do better than this two-party system — and to work toward it.”

Officially, Amash claimed he was compelled to leave the party because it no longer stood for the values that “made the American Dream possible.” The timing of the departure, however, has been drawn into question, especially as it came when Amash was particularly vulnerable. The congressman was not only facing several Republican primary challengers, but had also lost support from donors because of his calls for impeachment.

On Wednesday — one day prior to Amash’s announcement — a poll released exclusively to Breitbart News indicated the congressman was trailing one of his pro-Trump opponents by double digits.

Regardless of why Amash chose to leave, his colleagues in the House GOP were not amused by the defection or the manner in which it was facilitated. Liberals, on the other hand, only had praise to heap on the libertarian “gadfly.” Most of the adulation, like that coming from Rep. Alexandria Ocasio-Cortez (D-NY), was centered on Trump and America’s rigid “polarization,” rather than Amash personally.

@justinamash is right about this ⬇️ https://t.co/QjhkCI154P

Rep. @JustinAmash, the only patriotic congressional Republican who publicly argues that Trump has engaged in impeachable conduct, announced he is quitting the @GOP.

Good for @justinamash for sticking to his principles. 👍🇺🇸 He’s right that polarization and hyperpartisanship are major problems. https://t.co/mlQsP1DIPK

Always a man of principle who puts values over partisanship, @justinamash today declared his independence on Independence Day https://t.co/FCEkXXm7GA

Liberals weren’t the only ones applauding Amash’s exit. Prominent Never Trumpers showed their support for the libertarian “gadfly” en masse.

Ana Navvaro-Cardenas, a sometimes guest host on The View and political commentator, praised Amash for admitting the GOP was “badly broken” and had “lost its soul to a false prophet”:

Congratulations, @justinamash – We know how you feel. Thanks for doing the right thing.

Fitting on the 4th of July. Our Founders declared America’s Independence with courage and for liberty’s sake. They rejected sheep-like fealty to a king. Grateful to them and to leaders like @justinamash today and always. 🇺🇸 https://t.co/OC4u5WfheP

True to form, though, some Never Trumpers only jumped to Amash’s defense once the president had weighed in on the “great news.”

Three points about this: (1) Justin Amash is considerably more intelligent than Donald Trump; (2) Amash is more loyal to his political principles; and (3) Trump is wrong in implying there was no obstruction found by Mueller. Any fair reading of his report shows there was. https://t.co/w2kebnvufP

Trump: Justin Amash is one of the “most disloyal men in Congress.” No. Amash is loyal to country over party and to the Constitution rather than Trump. This higher loyalty unnerves Trump. It reminds him that many don’t respect him, and that many who pretend to respect him don’t. https://t.co/u8NcnTCAr5

Jonah Goldberg, another Never Trumper and former editor at National Review, joined the fray on Friday by saying he believed Amash’s exit from the GOP was a symptom of the weakening of traditional political parties by outsiders like Trump and Sen. Bernie Sanders (I-VT). He added that if Amash were to launch a third-party bid for president in 2020 — as has been speculated in recent months — he could find support from unlikely sources.

“Amash might have more appeal than people think,” Goldberg said, claiming younger conservatives were “more troubled by Trump” than older ones, “who already don’t have any friends who don’t agree with them.”