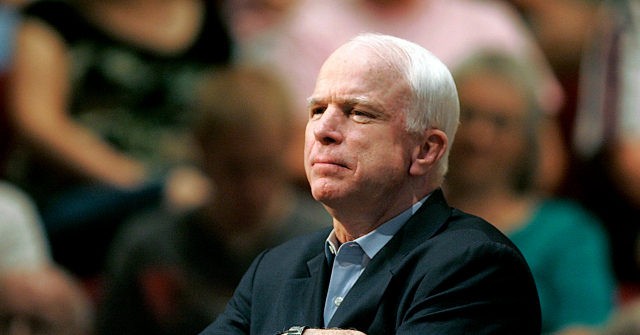 Democrats cited Sen. John McCain as one of their “unlikely” friends when asked to name someone by CNN during the 2020 presidential debate on Tuesday.

“For me, it’s John McCain, and I miss him every day,” Sen. Amy Klobuchar said. “I traveled all over the world with him.”

Klobuchar recalled McCain standing up for her chance to speak when they were in groups of world leaders.

“John McCain worked for me,” Biden said, noting that he was a close friend who frequently visited him and his family at his home.

“On his death bed, he asked me to give his eulogy,” Biden continued. “He was a great man of principle, he was honorable.”