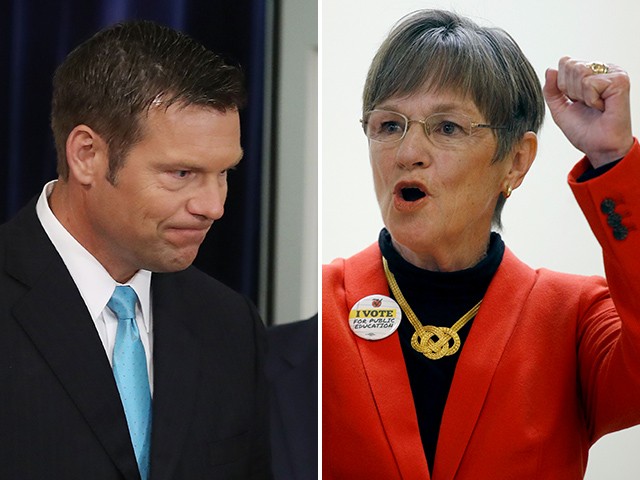 Kansas Secretary of State Kris Kobach was defeated on Tuesday in the state’s gubernatorial election by Democrat State Senator Laura Kelly with the help of the Democrat and Republican political establishments.

Kobach lost his race against Kelly after the pro-open borders, anti-voter ID ACLU organization and the national Democrat Party poured hundreds of thousands of dollars into the Kansas gubernatorial to defeat his campaign.

The ACLU, alone, spent nearly $400,000 in television ad campaigns against Kobach in the last few weeks leading up to Tuesday’s election.

Kobach — a former immigration adviser to President Trump — has been on the forefront of reshaping the GOP to defend American workers and working-class Americans from the detriments and wage depression of mass immigration, open borders, and leveling workers compensation laws.

From Trump to Kobach: How the Populists and American Union Workers are Taking Back the GOPhttps://t.co/tfdiVoXMQ9