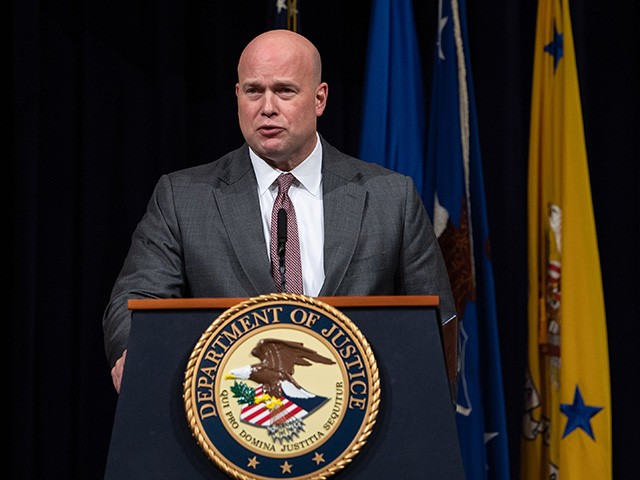 “Installing Matthew Whitaker so flagrantly defies constitutional law that any viewer of School House Rock would recognize it,” the Democrat senators said in a statement.

“Installing Matthew Whitaker so flagrantly defies constitutional law that any viewer of School House Rock would recognize it.” https://t.co/MvnWlI4gfZ pic.twitter.com/CitxwDVJhZ

Filed in the U.S. District Court for the District of Columbia, the lawsuit is the latest effort by Democrats to challenging Whitaker’s appointment. The move comes after the Justice Department’s Office of Legal Counsel released a legal opinion defending the appointment. “As all three branches of government have long recognized, the President may designate an acting official to perform the duties of a vacant principal office, including a Cabinet office, even when the acting official has not been confirmed by the Senate,” the opinion stated.

In a Sunday interview with ABC’s This Week, Rep. Adam Schiff (D-CA), who is widely believed to become the next chairman of the House Intelligence Committee, said Democrats will challenge Whitaker’s appointment when the party takes power in January. “I think the appointment is unconstitutional,” Schiff said.

“Constitutionally, it has to be subject to confirmation. I think they lose that case when it goes to the Supreme Court,” he continued. “It’s in conflict with a more specific statute and that is there is a Succession Statute for the Justice Department which makes the Justice Department different from other agencies.”

Whitaker, who was chief of staff to then-Attorney General Jeff Sessions, was promoted to the department’s top job after his boss was fired by President Trump on November 7.