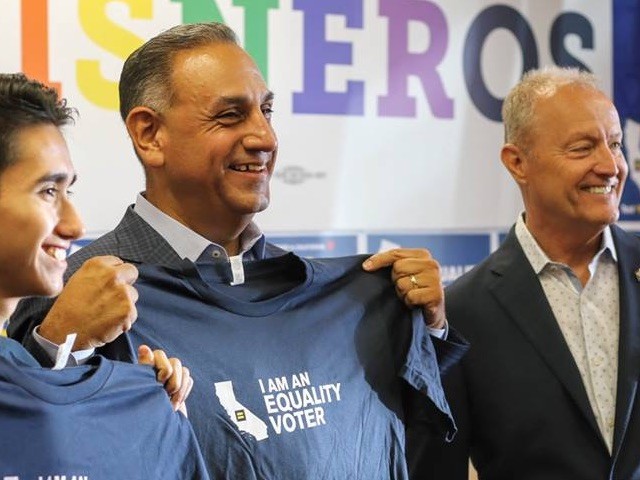 A Democrat who claimed for months that Gil Cisneros, the Democratic candidate for Congress in California’s 39th district, had committed sexual misconduct against her withdrew that accusation on Monday, calling it a “huge misunderstanding.”

Melissa Fazli made the accusation during the primary election, and stuck to her claims as recently as last month.

However, she tweeted Monday morning that she had met with Cisneros and he had changed her mind about what happened.

Had a sit down meeting w/ @GilCisnerosCA facilitated by @Mjadvice last night and I’m so relieved that it was a HUGE misunderstanding.

Shame @CLFSuperPAC who took my story & weaponized it WITHOUT my permission and victimized me all over again. Take down your vile ads immediately. pic.twitter.com/jZdt17CpnR

In a statement, Fazli attacked the Congressional Leadership Fund, a Republican super PAC, and said that “[e]motions, anxiety, and stress have multiplied 100-fold for women like myself during the MeToo movement.”

In her statement, sent to reporters, she says it was a “misunderstanding” and “I don’t believe that Gil sexually harassed me.” pic.twitter.com/KgZWpyEp77

However, Fazli said last month that the Republicans’ ad was “accurate.” (The super PAC has since withdrawn the ad.)

Cisneros is the Democrats’ candidate in one of the seven California districts the party is targeting because voters chose Hillary Clinton in 2016 despite re-electing Republicans to those seats. House Minority Leader Nancy Pelosi (D-CA) plans to run for Speaker of the House if Democrats prevail in the November midterm elections.

A recent poll showed Republican Young Kim — a former state assemblywoman from the area — with a significant lead on Cisneros.