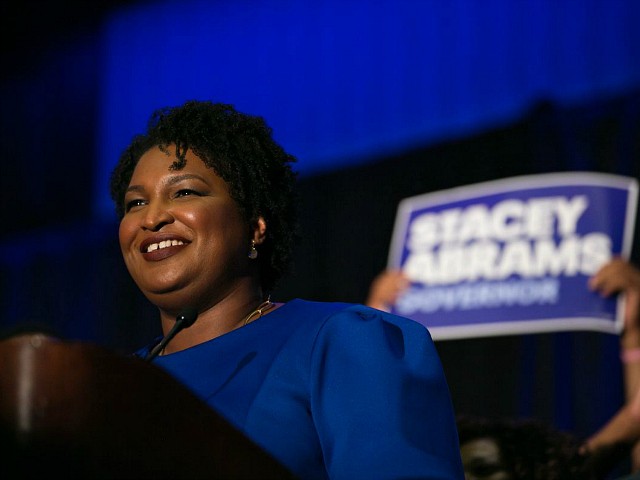 During Monday morning interview on CNN, Democrat gubernatorial candidate Stacey Abrams made clear she does not see any difference between banning guns and banning radar detectors.

Her appearance gave the host time to reference Abrams’ Sunday comments, wherein she said that Georgians may have to “turn their guns in” under her gun control plans.

The host asked if she was really going to take away people’s guns, and Abrams responded by comparing bans on radar detectors with bans on commonly owned semiautomatic firearms.

She said, “I support a law that will ban ‘assault weapons.’ And just as when we banned radar detection, for example, some people turned in their devices, some people kept them and just refused to use them anymore.”

After mentioning that people were able to keep their radar detectors but were banned from using them, she then pointed out that the case could be different with weapons, saying, “Weapons are more dangerous, they are more vulnerable to misuse, and I do think in the state of Georgia we are going to have to figure out how we do this.”

Abrams then went on to restate her determination to “ban ‘assault weapons’ in the state of Georgia.”

The host asked once more for a clear “yes” or “no” answer on confiscation, saying, “Banning [assault weapons] is one thing, requiring people to turn them in is another, and the voters in Georgia just want to know if you support a law that would require them to turn in their ‘assault weapons.’”

Abrams responded by again stressing her support for banning commonly owned semiautomatic firearms but would not venture to say how such a ban would be enforced and what owners of said firearms would be required to do.

On October 24, 2018, Breitbart News reported that Abrams co-sponsored HB 731, a bill which designated certain commonly owned semiautomatic firearms as contraband and required the Georgia Bureau of Investigation to seize them from their owners.

The language of the HB731 was clear:

But Abrams says she is not sure what will be required of Georgia gun owners if she wins the governorship.