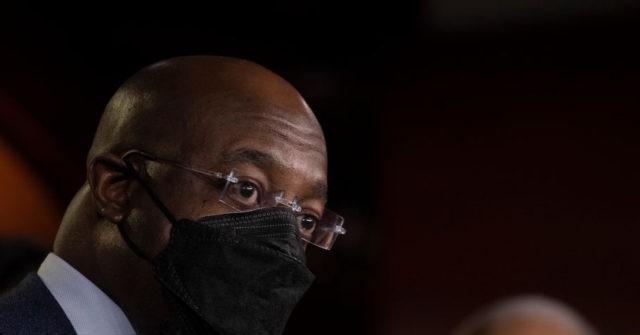 MLB issued a press release announcing the move Friday — they have yet to identify where. In their press release, they said, “Major League Baseball fundamentally supports voting rights for all Americans and opposes restrictions to the ballot box.”

Warnock — who defeated then-Senator Kelly Loeffler (R-GA) in one of two January U.S. Senate runoff races in Georgia, and is up for reelection in the 2022 midterm elections — called the move “unfortunate.”

In Warnock’s statement, he said, “businesses and organizations have great power in their voices and ability to push for change, and I respect the decision of the players to speak out against this unjust law.”

“It is not the people of Georgia or the workers of Georgia who crafted this law, it is politicians seeking to retain power at the expense of Georgians’ voices,” he continued to say, “today’s decision by MLB is the unfortunate consequence of these politicians’ actions.”

The Democrat said he hopes, “businesses, athletes, and entertainers can protest this law not by leaving Georgia but by coming here and fighting voter suppression head on, and hand-by-hand with the community,” he said before adding, “additionally, the urgency to pass federal voter protection laws grow every day, and I will continue to be a leader in that fight.”

The Atlanta Braves came out with a similar statement about moving the All-Star Game and 2021 draft:

This was neither our decision nor our recommendation and we are saddened that fans will not be able to see this event in our city. The Braves organization will continue to stress the importance of equal voting opportunities and we had hoped our city could use this event as a platform to enhance the discussion.

“Unfortunately, businesses, employees, and fans in Georgia are the victims of this decision,” the statement uttered. “We will continue to support the community legacy projects which have been planned and are in process.”

The Braves statement regarding the moving of the MLB All-Star Game: pic.twitter.com/0Iapm3eIre