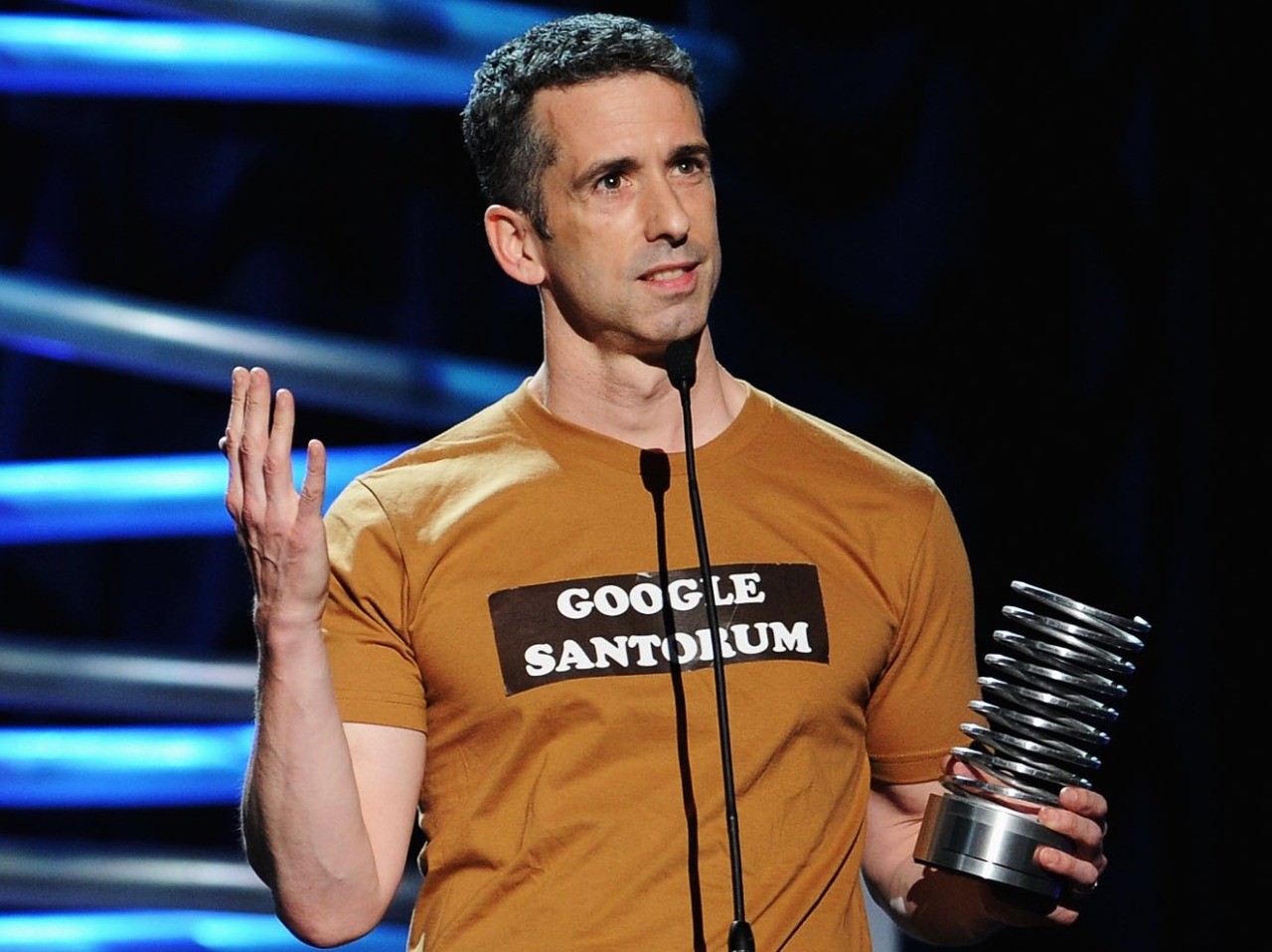 Casten, challenged to defend some of the harsh rhetoric he has used in his campaign, and some of the controversial figures he has embraced, refused to dissociate himself from Savage (at 9:27 in the Facebook video of the debate).

“The person I embraced — and I will stand to this day — is Dan Savage,  who has been a voice for the LGBT community, and particularly for the It Gets Better project, of teens who were considering suicide.”

Savage, a talented sex advice columnist, founded the “It Gets Better” organization to help gay and lesbian teenagers overcome bullying by peers.

Ironically, Savage then became a bully himself, publicly shaming Christian teenagers at a high school journalism conference in April 2012, abusing his position at the podium to mock their beliefs.

In a video of the event (below), Savage trashed the Bible as “bullshit”:

Some students cheered, but others walked out in protest. Savage later taunted those who left: “So you can tell the Bible guys in the hall that they can come back now, because I’m done beating up the Bible.”

He went on to call the students “pansy-ass” for protesting, then offered a fake “apology” for hurting anyone’s feelings, adding, “I have a right to defend myself and to point out the hypocrisy of people who justify anti-gay bigotry by pointing to the Bible and insisting we must live by the code of Leviticus on this one issue, and no other.”

Casten justified his support for Savage by suggesting that Roskam, in his sixth term, is not pro-LGBT.

“Mr. Roskam has been a horrible advocate for that community. Maybe he doesn’t like that I support them, but I do.”

Casten named Savage as a “current leader who most inspires you” in response to a questionnaire by the Daily Herald newspaper.

He added, of Savage: “I love his moral compass and the way he is able to use his peculiar talent for righteous humor to effectuate positive change.”

The Wall Street Journal asked Casten on Saturday about his choice of Savage as a hero:

What motivated that choice? “He has this combination,” Mr. Casten explains, “of completely righteous indignation, and an awesome sense of humor.” He cites a contest Mr. Savage held in 2003 to name a graphic sex term after then-Sen. Rick Santorum. The Savage neologism later made news in the runup to the 2012 presidential election. As Mr. Santorum sought the Republican nomination, the top Google search result for his name was this explicit definition.