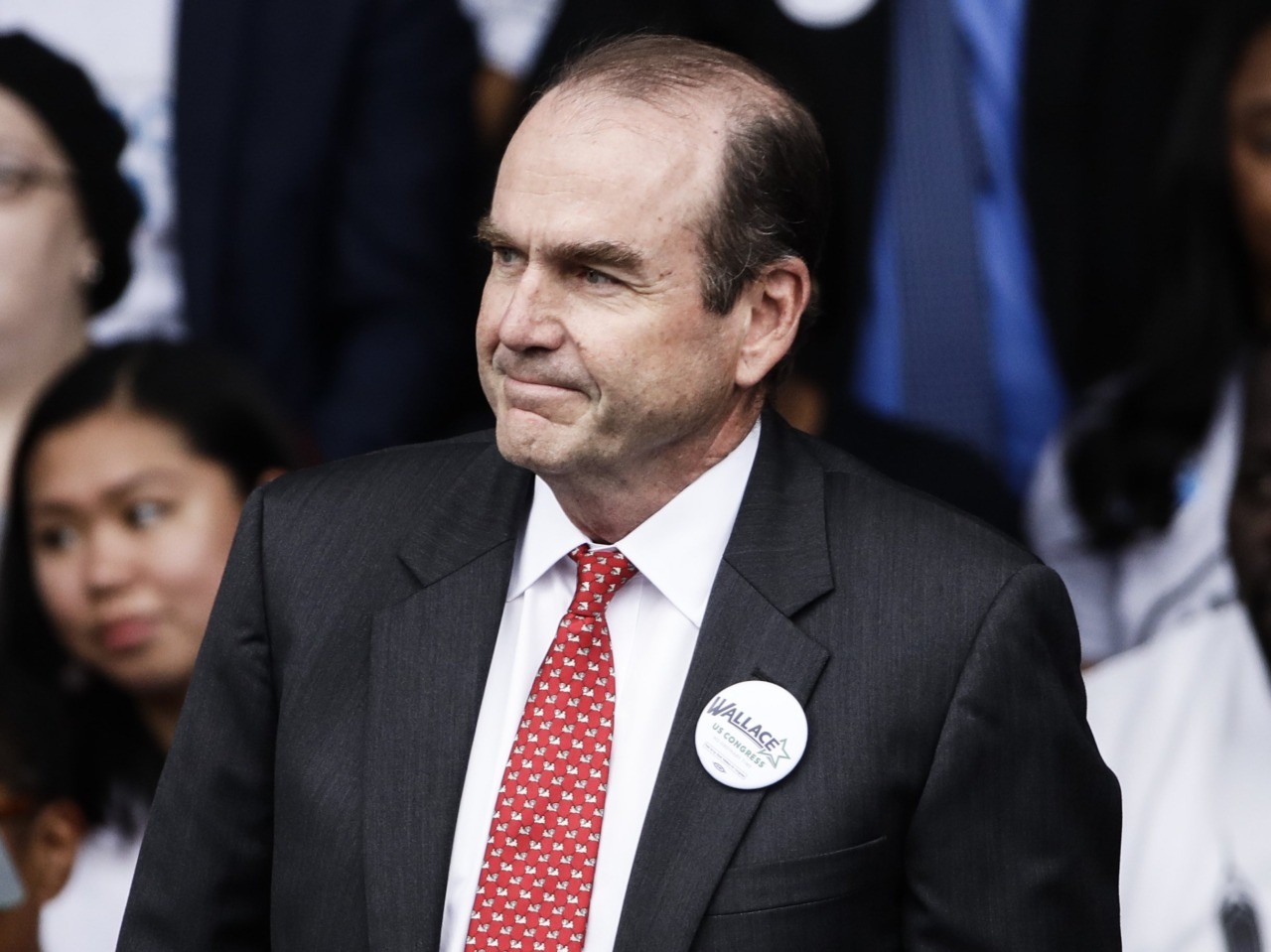 Democrat Scott Wallace cursed during a debate in a synagogue against incumbent Rep. Brian Fitzpatrick (R-PA) in Pennsylvania’s 1st congressional district Sunday, dropping the “f-bomb” from the stage, considered a sacred space.

As the political climate continues to heat up, challenger Scott Wallace lost his cool during a debate with Congressman Brian Fitzpatrick. Sunday night at the Congregation Tifereth Israel in Bensalem, Wallace used an expletive and “dropped an f-bomb” in front of those attending.

“Ironically, there was a later question about the need for civility in politics,” Fitzpatrick told WBCB. “Well, a good start is to not use vulgarities in the sanctuary of a synagogue in the middle of a congressional debate.”

The sign outside the Congregation Tifereth Israel in Bensalem. Photo by Matt Mirro.
Both candidates were standing on the synagogue’s ‘bimah,’ an elevated platform used for reading the Torah during services, when Wallace used the expletive. The outburst silenced the room, and Fitzpatrick was “stunned” Wallace made the comment.

In addition to Fitzpatrick, people in the synagogue and the moderator took exception with Wallace’s obscenity.

He later apologized, according to WBCB.

Wallace has offended Jewish sensibilities before — at least, pro-Israel ones. After the Forward — a left-leaning outlet — revealed that Wallace’s family foundation had donated $300,000 to radical groups advocating anti-Israel policies, a prominent local Democratic Jewish group withheld its endorsement. (It changed its mind when Wallace had “become educated” on the issue to its satisfaction.)

The RJC and other local Republican leaders reacted to Wallace’s f-bomb on Sunday via Twitter:

Frustrated at being confronted about his false ad that fact checkers have called him out on, @ScottWallacePA drops “F” word at debate with @BrianFitzUSA at Synagogue Tifereth Israel in front of shocked crowd. #PA01 https://t.co/UBbGtByUdT

Can’t believe that @scottwallacepa dropped an F-bomb in a Synagogue during a debate tonight with @brianfitzusa. Unhinged. #PA01

@ScottWallacePA issued a non-apology apology, blaming @BrianFitzUSA who called Wallace out for lying.

Fitzpatrick asked you to name the specific bill and you responded by cursing out a Member of Congress.

Scott Wallace, you sir are a complete disgrace.https://t.co/GuW69E0XNF

The 1st district is rated a “toss-up” by the Cook Political Report. Breitbart News has listed PA-01 as one of twenty key House races to watch in the midterm elections, noting that Fitzpatrick had a narrow lead in recent polling.