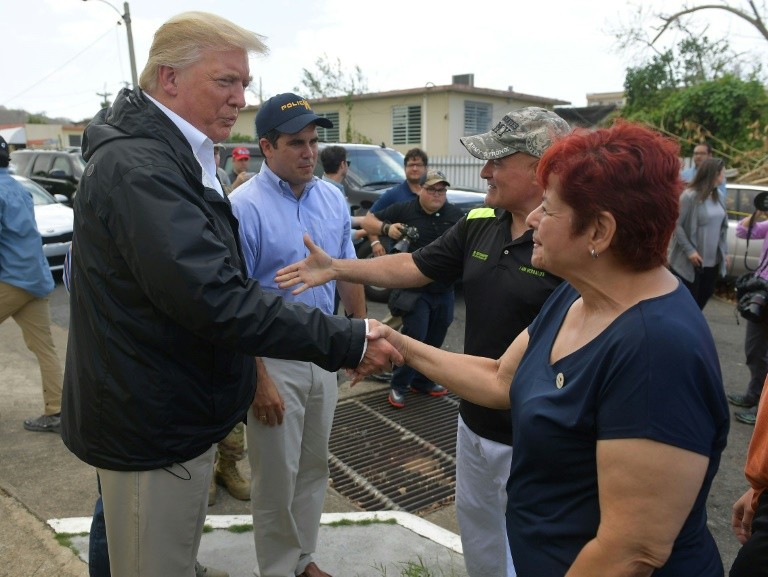 Rep. Nydia Velazquez (D-NY) said on Friday that Congress should set up a commission like the one established after the 9/11 terror attacks on American soil to investigate the Trump administration’s response to Hurricane Maria one year ago.

“If congressional Republicans truly wanted to help, they could take meaningful steps … like establishing a 9/11-style commission to investigate their response to Maria,” Velazquez said at a press conference at the Capitol.

“We need to know what didn’t happen,” Velazquez said.

Velazquez and other Democrats at the press conference — Minority Leader Nancy Pelosi (D-CA), Rep. Sheila Jackson Lee (D-TX), and Del. Stacey Plaskett (D-VI) — all blamed President Donald Trump and his administration for the almost 3,000 people who reportedly died, using a death toll concluded through a statistical model by academics at George Washington University.

Calling the response to Maria “a challenge to the conscience of our nation,” Pelosi announced at the press conference that a delegation of 16 Democrats visited the U.S. territory in July to determine what should be done to further assist islanders.

Lee blamed Trump for what she and the others called an inadequate response to Maria and said his administration’s response to that storm “is more than insensitive; it is incompetent.”

The Federal Emergency Management Agency (FEMA), the agency that subsidizes state and local resources in responding to natural disasters, has statistics on its website — under Federal Recovery Updates — about the federal government’s response to Maria, including:

• $3.2 billion from FEMA for “public assistance”

• Through the Small Business Administration, 52,481 loans approved and $1.8 billion for assistance to businesses

But the Democrats at the press conference stuck with the theme that the Trump administration failed in its response to the hurricane.

“The people of Puerto Rico know the American government failed them,” Velasquez said.