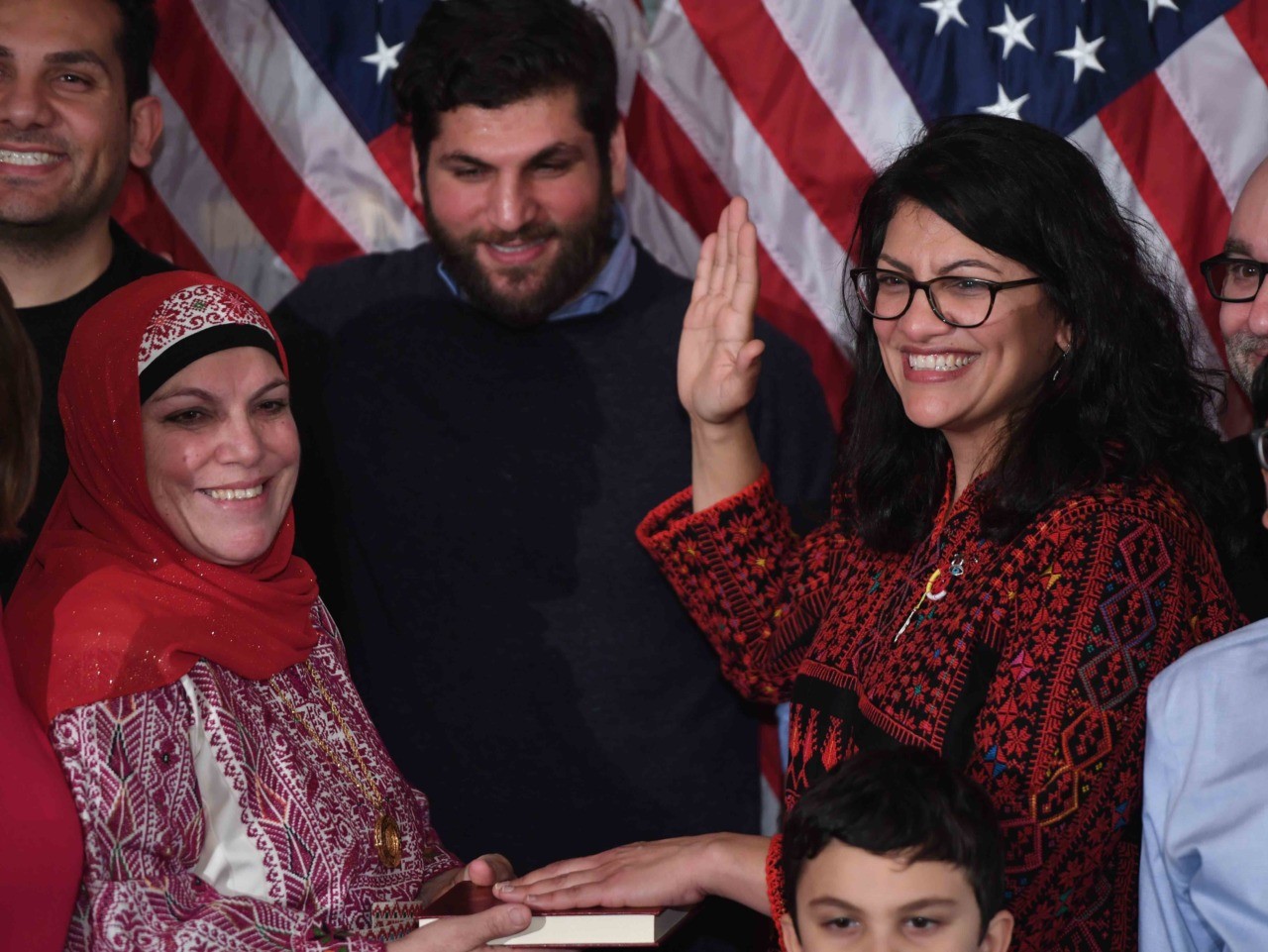 Newly-installed Rep. Rashida Tlaib (D-MI) is doubling down on her use of the word “motherf**ker” to describe President Donald Trump on her first day in office, tweeting Friday morning: “I will always speak truth to power.”

I will always speak truth to power. #unapologeticallyMe

Tlaib was celebrated Thursday by Democrats and the media as the first Palestinian-American member of Congress, and one of the two first Muslim women in Congress.

She took her oath of office on a Koran owned by President Thomas Jefferson and wore a traditional Palestinian robe (“thobe”) to the swearing-in and first session in the House.

Later that evening, however, she appeared at a reception hosted by the far-left MoveOn.org organization, and declared — to the cheers of those present: “We’re gonna impeach that motherfuck**r.”

“We’re going to go in and impeach the motherfucker” pic.twitter.com/oQJYqR78IA

Tlaib had already voiced her support for what the left-wing magazine The Nation approvingly called “immediate” action to impeach Trump.

She also attended her swearing-in accompanied by radical Linda Sarsour, the Women’s March leader who has come under criticism for antisemitic comments and for her organization’s ties to Nation of Islam leader Louis Farrakhan.

The scene outside Rashida Tlaib’s new office as she awaits her swearing in this morning. Linda Sarsour is here, comedian Mo Amer, Arab American activists, 100 kids from Detroit arrived by bus. #congress pic.twitter.com/uXbCYJnYu0

Tlaib is one of several Democrats involved in the “Justice Democrats,” a group associated with newly-installed Rep. Alexandria Ocasio-Cortez (D-NY), which seeks to advance a left-wing policy agenda and to replace white, male Democratic incumbents with more “diverse” candidates.

Update: Tlaib released a lengthier statement, refusing to apologize for her language and insisting that Trump “absolutely” needs to be impeached:

Tlaib also published an op-ed in a Detroit-area newspaper Thursday titled, “Now is the time to begin impeachment proceedings against President Trump.” She declared: “There is no requirement whatsoever that a president be charged with or be convicted of a crime before Congress can impeach him.”