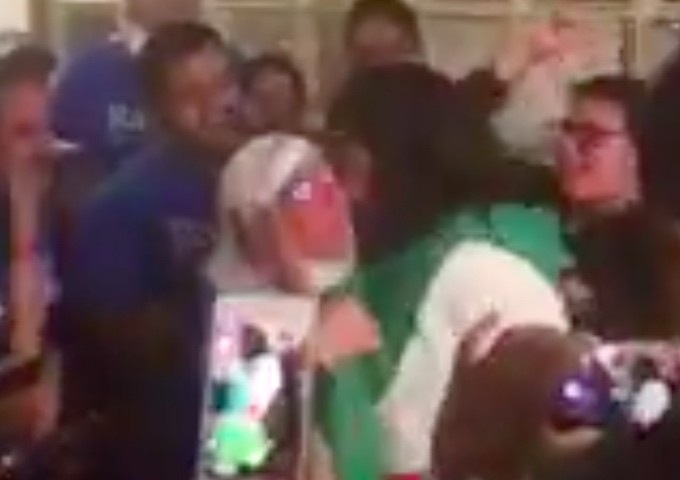 Democrat Rashida Tlaib danced wearing the Palestinian flag at a victory party in Tuesday evening, after she won a largely uncontested race for the open seat in Michigan’s heavily Democratic 13th congressional district.

This is History. Watch every second of this.

In the video, Tlaib delivered a victory speech in which she acknowledged her family watching from abroad in the Palestinian Authority-administered West Bank. She dedicated her victory, in part, to the Palestinian cause: “A lot of my strength comes from being Palestinian,” she said.

After Tlaib won her primary race in August, she published several anti-Israel tweets, and re-tweeted a fan who declared that Tlaib’s “first fight was for Palestine, always Palestine.”

Tlaib explicitly supports the destruction of the Jewish state of Israel and its replacement of a unitary Palestinian state. That position caused her to lose the endorsement of the far-left group J Street — which, while often adopting anti-Israel positions, nominally supports a two-state solution.

One other Palestinian-American was on the ballot on Tuesday: Ammar Campa-Najjar, the grandson of a Palestinian terrorist who was Yasser Arafat’s deputy and was involved in the murder of 11 Israeli athletes at the 1972 Olympics in Munich, Germany, lost in California’s 50th congressional district.