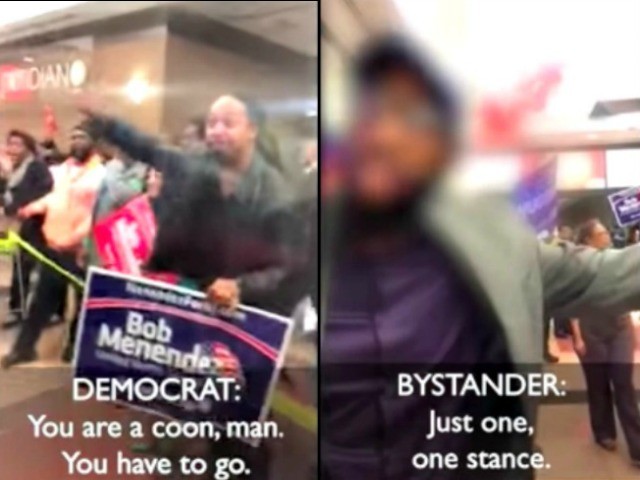 A supporter of Democrat Bob Menendez (D-NJ) was caught on camera spewing racist insults at African-American and Latino Republicans at a New Jersey Senate debate last Wednesday in Newark, NJ.

Near the end of the video, the Menendez supporter can be heard saying, “I’m gonna stand here, but you gotta go.”