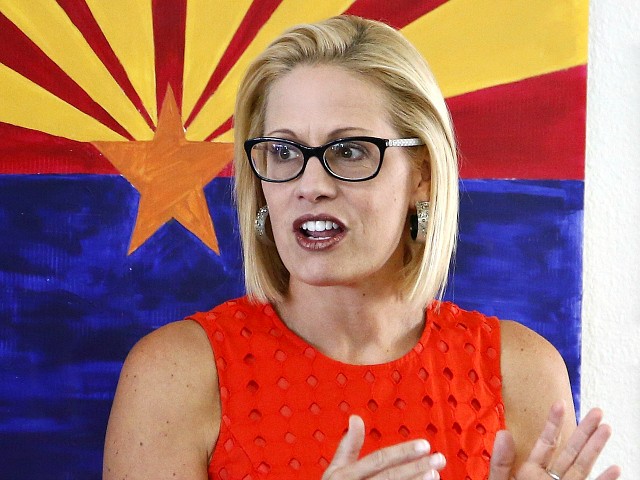 Despite Sinema’s one percent lead over McSally as of Saturday, McSally led in both early ballot and polling place votes. Sinema’s lead came from Maricopa County and, in very small part, provisional ballots, according to Arizona Secretary of State records.

The controversy over ballot counting is not over as details of Maricopa County recorder Adrian Fontes’ history of public support for Democrats and Democratic Socialist Bernie Sanders return to public attention. Several county Republican parties have filed a lawsuit against county recorders and the Secretary of State over the practice of calling voters after the election to verify signatures on mail ballots dropped at polling locations on election day.

The only counties with ballots left to be counted as of Saturday were Pima, Pinal, and Yuma Counties. Sinema led in Pima at the time, while McSally led in Pinal and Yuma. Pima had a much higher volume of votes compared to Pinal and Yuma as of Saturday. Each county had counted between 97.73 and 99.20 percent of their precincts reporting.