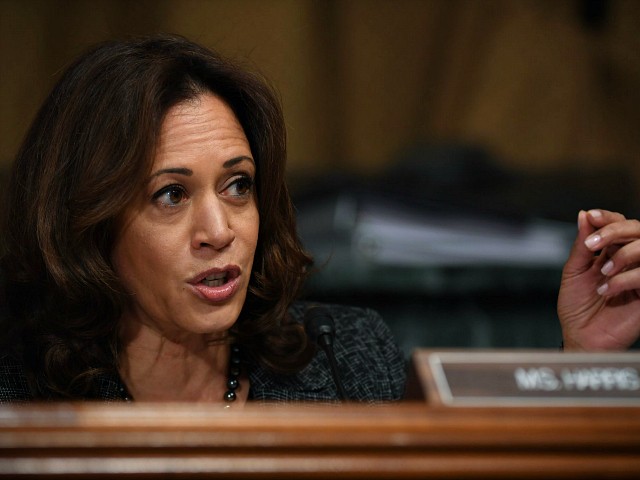 Sen. Kamala Harris (D-CA) tweeted Sunday to claim no one is immune from gun violence and it is time for Congress to pass more gun laws.

Harris referenced Parkland, the site of the February 14 attack that killed 17 innocents, Chicago, the city of relentless violence and death, and Los Angeles, where 14 people were recently killed in an attack at the Borderline Bar & Grill.

Harris did not mention that Parkland was a gun-free zone, that Chicago has long been an experiment in gun control, and that the Borderline Bar & Grill is a state-mandated gun-free business.

No matter what community you live in, from Parkland to Chicago to South Los Angeles, no one is immune from the gun violence epidemic. There have been too many tragedies. We need Congress to act.

Ironically, Harris did not name a specific law that Congress should pass. But if we use the example of Los Angeles alone, it is hard to name a gun control that does not already exist.

For example, California has universal background checks, firearm registration laws, red flag laws, a requirement that would-be gun buyers first get a certificate of safety from the state, a ten-day waiting period for gun purchases, an “assault weapons” ban, a one-handgun-a-month purchase limit, a “good cause” qualification for concealed carry permit issuance, a ban on campus carry, a ban on carrying guns in places that serve alcohol for consumption, and controls for ammunition purchases.

Additionally, Los Angeles has a citywide ban on “high-capacity” magazines.

But none of these controls hindered, much less stopped, the Borderline Bar & Grill attacker.