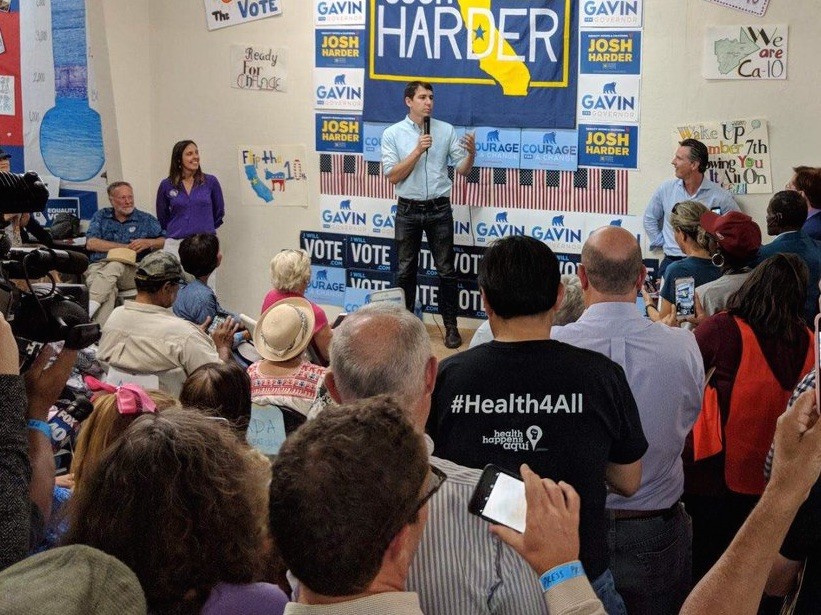 Democrat Josh Harder held a final campaign event on Monday featuring Lt. Gov. Gavin Newsom — but it was held behind closed doors in his campaign office, rather than in a public venue.

Harder tweeted an image of the event:

Thousands of volunteers joined us today. Why? There’s A LOT at stake:

Join me in our last, final push tomorrow: https://t.co/aUqeuMtQM7 pic.twitter.com/Wh6ZPLGHjH

In response, Denham’s campaign manager, Josh Whitfield, issued a press release mocking Harder’s “secret” rally, and noting that Denham’s rally was both larger and open to the public.

The Denham campaign refers to Harder as “Bay Area” Harder, noting at every opportunity that Harder derives the bulk of his funding and volunteers from the San Francisco Bay Area.

Harder hails originally from Turlock, but lived in the Bay Area for many years and worked as a venture capitalist before returning to the Central Valley to run for Congress. He was registered to vote in San Francisco in the 2016 presidential elections.

Denham has touted his record defending the Central Valley’s water from state and federal bureaucrats and environmentalists.