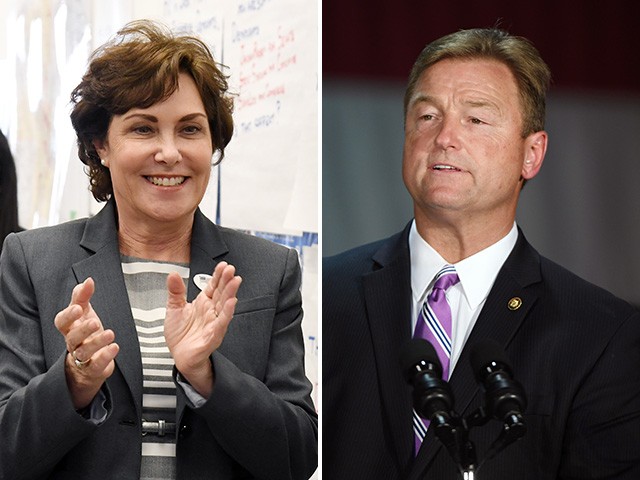 WASHINGTON (AP) — Democrat Jacky Rosen has defeated incumbent Republican Dean Heller in a hard-fought battle for a U.S. Senate seat in Nevada, giving Democrats a key pickup in the chamber.

Rosen on Tuesday ousted Heller, who has been in office since he was appointed to fill a vacancy in 2011.

Heller was considered the most vulnerable Republican running for re-election to the U.S. Senate this year as the only one seeking another term in a state that Hillary Clinton won in 2016. He conceded earlier in the night.

Heller was once a critic of President Donald Trump, but the two have become allies. Rosen painted Heller as a rubber stamp for the president and counted on backlash to Trump to help her oust the incumbent.

Rosen’s win puts Nevada with half a dozen other states represented by U.S. senators who are both female. Nevada’s other senator is Democrat Catherine Cortez Masto.