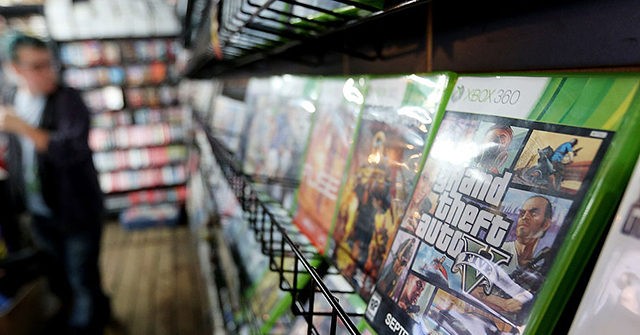 A Democrat lawmaker in Illinois has announced he wants to ban the sale of Grand Theft Auto (GTA), along with other video games that feature violence, after his state witnessed an increase in the amount of carjackings.

During a press conference on Monday, Evans mentioned Grand Theft Auto by name and put into his own words what he believes to be an example of a violent video game. According to Evans, “a video game that allows a user or player to control a character within the video game that is encouraged to perpetuate human-on-human violence in which the player kills or otherwise causes serious physical or psychological harm to another human or an animal” is an example of a violent video game.

“The bill would prohibit the sale of some of these games that promote the activities that we’re suffering from in our communities,” Evans said.

“Grand Theft Auto and other violent video games are getting in the minds of our young people and perpetuating the normalcy of carjacking,” Evans continued. “Carjacking is not normal, and carjacking must stop.”

Evans also insisted that games like GTA promote behavior similar to that which has been seen prominently in Chicago.

As noted by the Washington Examiner:

Carjackings in the city doubled in 2020 compared to previous years, and juveniles, some of whom are as young as 11, have found themselves behind bars for felony crimes. On Monday, two teenagers, ages 13 and 14, were arrested after allegedly presenting weapons and stealing a vehicle from a 42-year-old in connection to a January incident.

According to NBC’s local affiliate in Chicago, the Windy City will see an estimated 1,800 pus car burglaries in 2021. More than 40 law enforcement officers have been assigned to task forces aimed at curbing the theft. More than 1,400 carjackings were reported across Chicago in all of 2020, more than double the amount in 2019 and the highest since 2001.

“If you’ve got a 12-year-old or 11-year-old or 14-year-old engaging in this behavior, there is something wrong,” said Cook County State’s Attorney Kim Foxx earlier this month.

The bill was read and referred to the House Rules Committee on Monday.