Migrants are the “lifeblood” of America, not Americans and their children, says former top Democrat Sen. Harry Reid.

Migrants, he said, “are our power and our strength.”

Reid made the claim as he tried to slam President Donald Trump’s call on Oct. for a reform of the birthright citizenship rules.

Reid led the Senate Democrats until 2016. His elevation of migrants above Americans came shortly after President Donald Trump declared himself to be a pro-American nationalist.

But Reid’s praise for migrants and contempt for Americans is echoed by many Democrats, by progressive columnists, some GOP-affiliated columnists, and by many immigrant political activists.

For example, the Democrats’ leaders in the House, Rep. Nancy Pelosi declared in a lengthy speech in February 2018 that:

We’re a great country because we’re constantly reinvigorated by immigrants coming to our country. Their commitment and courage and commitment to the American dream which drew them here in the first place strengthened the American dream. As newcomers with all of that hope and aspiration, they make America more American when they come here and that’s why our country will not stagnate.

Great things, discoveries in America came from immigrants coming here. Many of the great academic minds in our country came from another country. But then — at the same time America produced our own and that’s a pretty exciting combination.

Rep. Joe Kennedy, in an October article for Time magazine, tried to revive the claim that America is a “nation of immigrants,” not a nation of and for Americans and their children:

Many pro-migration advocates also argue that migrants are more important and productive than Americans: 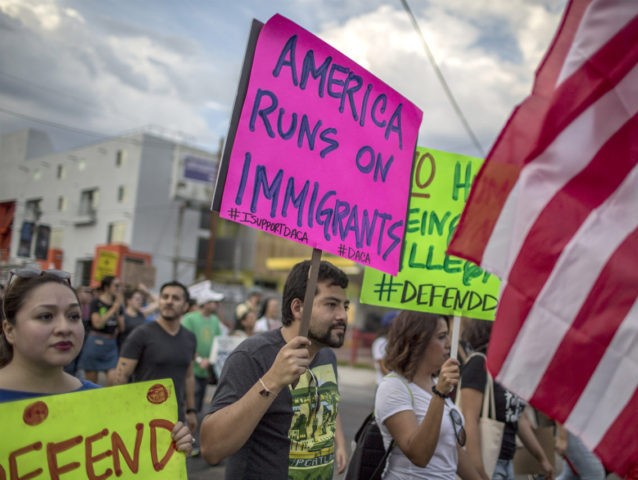 Over all, America is suffering from a loss of dynamism. New business formation is down. Interstate mobility is down. Americans switch jobs less frequently and more Americans go through the day without ever leaving the house.

Of course [Americans] react with defensive animosity to the immigrants who out-hustle and out-build them. You’d react negatively, too, if confronted with people who are better versions of what you wish you were yourself.

I speak of Americans whose families have been in this country for a few generations. Complacent, entitled and often shockingly ignorant on basic points of American law and history, they are the stagnant pool in which our national prospects risk drowning…

Bottom line: So-called real Americans are screwing up America. Maybe they should leave, so that we can replace them with new and better ones: newcomers who are more appreciative of what the United States has to offer, more ambitious for themselves and their children, and more willing to sacrifice for the future.

Americans have no right to America, Stephens continued, saying:

We’re a country of immigrants — by and for them, too. Americans who don’t get it should get out.

Here’s the bottom line: I think we should remain open to immigrants because it’s part of who we are as a nation, because every generation of newcomers — even, or maybe especially, the ones who come with nothing but moxie and a tolerance for risk — has enriched and improved us …

A vote to choke off immigration is a vote for stagnation and decline. 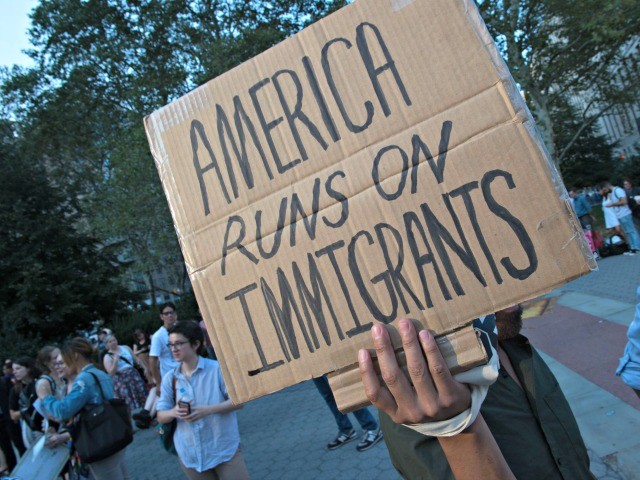 In February 2017, Bill Kristol, the editor-at-large of the D.C.-based Weekly Standard magazine, declared that population replacement would be the best for national power:

“Look, to be totally honest, if things are so bad as you say with the white working class, don’t you want to get new Americans in?

[I hope] this thing isn’t being videotaped or ever shown anywhere. Whatever tiny, pathetic future I have is going to totally collapse. You can make a case that America has been great because every — I think John Adams said this — basically if you are in free society, a capitalist society, after two or three generations of hard work everyone becomes kind of decadent, lazy, spoiled — whatever. Then, luckily, you have these waves of people coming in from Italy, Ireland, Russia, and now Mexico.

Stephens’ progressive and elitist peers have lauded the Hamilton musical, which portrays says American was founded by immigrants, not settlers, and that today’s immigrants as the rejuvenating diverse lifeblood of dull, white America. The play includes a song titled: “Immigrants (We Get The Job Done),” which glamorizes the imported, underpaid cheap-labor and sweatshops which serve Hamilton‘s wealthy ticket-buyers:

Pelso also said Americans owe a moral debt to illegals for bringing their children into the United States:

I say to their parents: Thank you for bringing these Dreamers to America. We’re in your debt for the courage it took, for you to take the risk, physically, politically, in every way, to do so.” 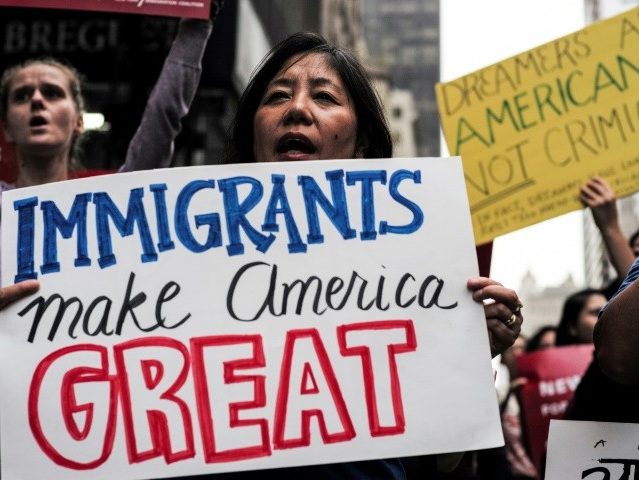