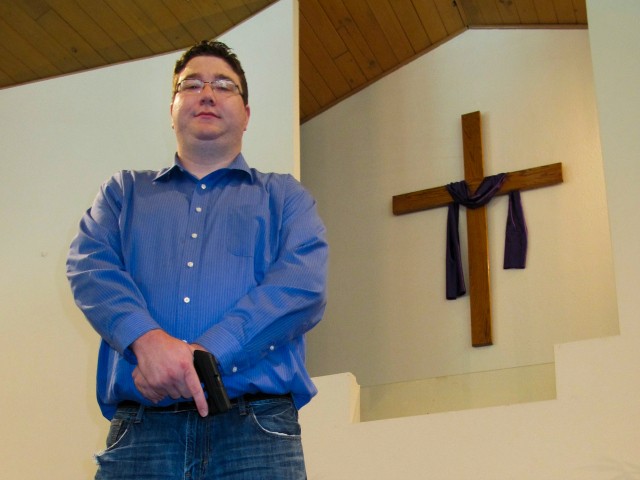 I don’t think firearms are needed in churches. Let’s have a conversation on gun safety.

Northam tweeted his rejection of armed protection for churches on the same day that he defended a Democrat-sponsored push for third-trimester abortions. And Big League Politics quoted Northam telling WTOP radio that if an infant were born in a situation where an abortion had been desired, “the infant would be delivered” and “the infant would be kept comfortable” while the doctors and the mother decided what would happen to the baby.

Northam’s rejection of armed protection for churches is in line with other Democrats, such as Pittsburgh Mayor Bill Peduto (D).

The day after the heinous shooting that killed 11 in Pittsburgh’s security-free Tree of Life synagogue, Mayor Peduto rejected calls for armed guards for places of worship. He spoke of gun control instead.