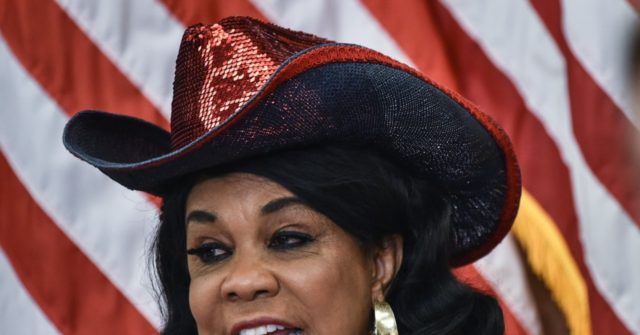 ALISYN CAMEROTA: We heard you making your impassioned plea — “where are the girls” — you were yelling. And so, did you see the girls that you demanded to see?

REP. FREDERICA WILSON: I saw the girls I demanded to see, but not all of them. I saw the 17-year-olds. The sad part about it is the 17-year-olds were in a classroom, maybe 14 classrooms of 17-year-olds. I saw where they sleep at night. Everyone uses the bathroom outside, so there’s a porter toilet. So if it’s raining or whatever inclement weather you may encounter, you have to go outside to use the bathroom. They’re 17 waiting on their 18th birthday, ICE comes to that facility, shackles their hands, shackles their feet, and take them to a private prison just like the private facility that they’re in.