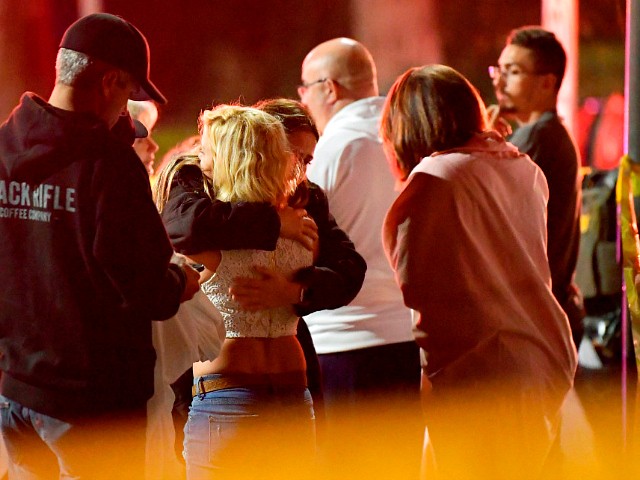 Breitbart News reported that former U.S. Marine Ian David Long allegedly opened fire in the Borderline Bar & Grill, killing 12. Reports say that Long used a handgun which was legally purchased, which means he complied with all gun controls in acquiring it.

During a November 8 appearance on Fox News, Rep. Swalwell seized on the extended magazine and suggested the looser gun restrictions in Arizona and Nevada could have played a role in the shooting.

He said, “The high capacity magazine is not allowed, but you’re only as safe as the states around you and the laws that they have. And California borders Nevada and Arizona and they have much loser gun restrictions.”

Swalwell did not cite proof that the gunman had been to Nevada or Arizona nor did he grapple with the fact that California law bars the carrying of guns in businesses that sell alcohol for consumption:

Swalwell chose not to focus on the allegation that Long broke the law by carrying his gun into Borderline Bar & Grill, then broke other laws by killing people both inside and outside the business with his gun. Instead, he focused on the magazines the killer used and tried to deflect attention from California’s massive gun control failure.