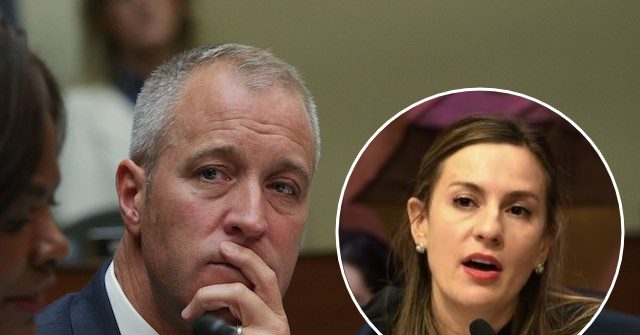 After Maloney decided to run in New York’s Seventeenth Congressional District — where his black colleague, Rep. Mondaire Jones (D-NY), currently serves — seeking an uncontested, safer path for reelection after this year’s redistricting, far-left groups and members started to line up to back Biaggi in her quest to unseat the Democrat.

“As DCCC Chair, Sean Patrick Maloney’s only job is to protect a Democratic majority. His selfish decision to abandon his old district and potentially hand it to a pro-Trump Republican is political malpractice,” Progressive Change Campaign Committee said in a statement to Playbook. “In contrast, Alessandra Biaggi is a bold progressive fighter.”

Biaggi already secured an endorsement from Socialist “Squad” leader Rep. Alexandria Ocasio-Cortez (D-NY). after initially calling for the campaign chair to resign from his position if he was to go through with the swap.

After Maloney announced his run in New York’s Seventeenth Congressional District, forcing Jones to be primaried or move districts, Biaggi announced she would run in order to block Maloney from waltzing into the congressional seat that was not originally his.

At the time, she called herself a “proud Democrat,” labeling Maloney as “a selfish, corporate Democrat” who was damaging the party during his time as campaign chair.

In light of the far-left organizations backing Maloney’s challenger, making it harder for him to spend time defending his seat and doing his job to elect Democrats, National Republican Congressional Committee spokeswoman Samantha Bullock questioned, “Can Sean Patrick Maloney still be DCCC Chair if he loses his primary?”

Jacob Bliss is a reporter for Breitbart News. Write to him at jbliss@breitbart.com or follow him on Twitter @JacobMBliss.