North Carolina Senate Democrat Cal Cunningham has continued to campaign on his anti-corruption credentials despite being investigated by the U.S. Army for potentially violating the Uniform Code of Military Justice (UCMJ).

Cunningham sent out a mailer recently touting how he reportedly “took on corrupt military contractors in Iraq.” 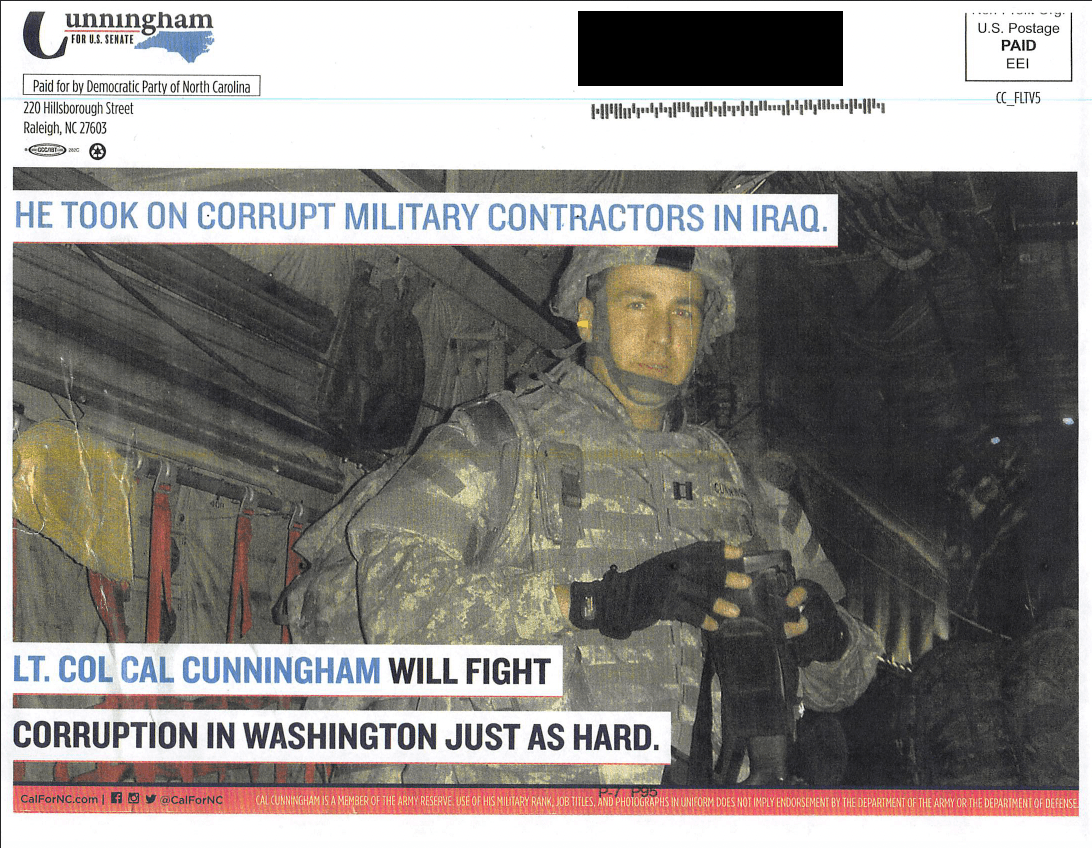 However, despite his anti-corruption ad, the U.S. Army Reserve is investigating Cunningham for having an extramarital affair with another veteran’s wife, which is in potential violation of the Uniform Code of Military Justice (UCMJ).

Four U.S. Army veterans condemned Cunningham for having an affair with a disabled combat veteran’s wife in a recently released ad from the Sen. Thom Tillis (R-NC) campaign.

A transcript of the ad read:

The Code of Military Justice. All soldiers live by it. Just like the oath we all take. It’s how soldiers know we can trust each other in combat. It’s life and death.

Cal Cunningham violated his oath when he had an affair with another soldier’s wife. That’s why the Army is investigating Cal Cunningham.

The Tillis campaign has continued to slam Cunningham for refusing to address allegations that the North Carolina Democrat had a second affair with Anne Gregory Teicher.

Tillis said in a statement on Tuesday:

Cal Cunningham’s refusal to deny a second extramarital affair serves as confirmation that he engaged in egregious misconduct in addition to what has already landed him under investigation by the Army Reserve. If Cal Cunningham cheats and lies while he asks for your vote, he will continue to cheat and lie as your U.S. Senator. North Carolinians deserve to know the full scope of Cal’s transgressions, and he needs to stop hiding and start providing straight answers.

“The fact that Cunningham wants to avoid answering for his behavior for the next two weeks in order to win an election shows an unprecedented level of arrogance and self-centeredness that makes him unfit to be a public servant at any level,” he added.

This story has been updated to correct a photo showing Joe Cunningham instead of Cal Cunningham.