Rep. Chris Pappas (D-NH) stands accused of having an undisclosed personal relationship with a lobbyist for Amazon while voting in favor of at least ten pieces of legislation that the company supported.

During a debate on Wednesday evening, Republican challenger Matt Mowers accused Pappas of having a relationship with Vann Bentley, who worked as a lobbyist for Amazon in Washington, D.C., from May 2015 to November 2019.

“Congressman, you want to talk about relationships with corporate special interests? With all due respect, you’ve been dating a corporate lobbyist who actually was lobbying on behalf of Amazon at the time,” Mowers said during the televised debate.

“You were dating a corporate lobbyist. And the fact of the matter is you never disclosed,” Mowers said. “In fact, there are actually rules and regulations. You have to disclose that, especially gifts from lobbyists to the House Ethics Committee, something you’ve never done.”

Pappas said in reply, “How dare you. That is not true, Matt. This is an outrageous charge.”

Mowers, though, said Pappas seemingly admitted to the undisclosed relationship moments after denying it, calling Bentley his “boyfriend.”

After the @WMUR9 debate last night, @RepChrisPappas accused Matt @mowers of “attacking my boyfriend,” just minutes after denying the relationship on TV during the debate, according to Mowers.https://t.co/JOk2l5IIyz@NHDems #NH01 #NHpolitics

Pappas wrote in a statement after the debate that the accusations by Mowers are an attack on the gay community. Pappas became the first openly gay congressman from New Hampshire in January 2019.

Former Trump administration official Ric Grenell, the openly gay former ambassador to Germany, backed up Mowers and questioned why Pappas would not disclose such a relationship with a corporate lobbyist.

Members of the LGBTQ+ community have always been held to a different standard when running for office and Mr. Mowers’s baseless attacks perpetuate those same harmful lines of attack.

Why did @ChrisPappasNH lie about dating a corporate lobbyist for Amazon while voting on bills they lobbied him on? #Swamp

Clean up this corruption, NH! Vote for @mowers! https://t.co/8izwIGdg2g

A photo obtained by Mowers’ campaign shows Pappas and Bentley together in an apparent trip to London, England. Bentley has since made his social media accounts on Twitter and Instagram private.

In May 2018, Bentley contributed $250 to Pappas’ congressional campaign. Bentley was still an employee of Amazon at the time of this contribution. Mowers said Pappas has not disclosed any gifts from Bentley to the House Ethics Committee. 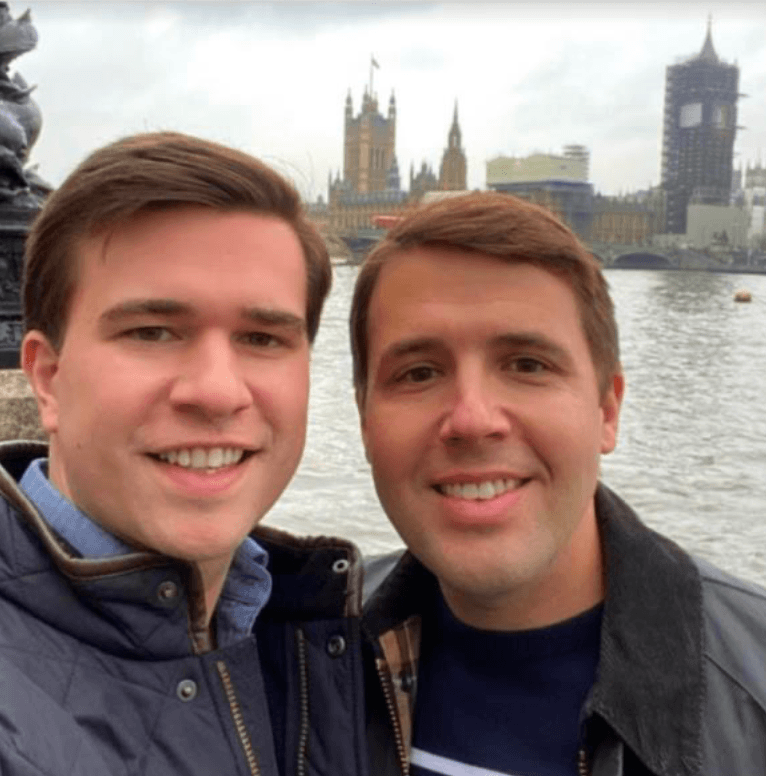 While in Congress, Pappas took at least 10 votes that supported Amazon’s interests. One such vote in July 2019 was Pappas’ support for HR. 1044, a green card giveaway scheme to tech corporations like Amazon.

The legislation would allow outsourcing firms such as Cognizant, as well as giant tech corporations like Amazon, to secure a green card system where only temporary foreign workers on H-1B visas are able to obtain employment visas by creating a backlog of seven to eight years for all foreign nationals.

This process would solidify that employment-based green cards only go to temporary foreign visa workers that have been imported to the U.S. by corporations to replace American workers — rewarding the outsourcers of U.S. STEM jobs. Experts say India would effectively monopolize the green card system for at least 10 years.

Amazon thanked lawmakers like Pappas at the time for voting in their interests.

“Nobody is less interested in Chris Pappas’ dating life than me,” Mowers told local media. “What I am interested in is transparency.”