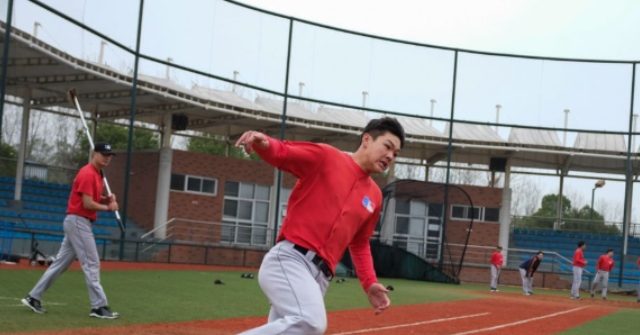 Major League Baseball (MLB) operates a player Development Center in Communist China while relocating their All-Star Game from Atlanta, Georgia, merely because Georgia’s residents must use an ID to vote due to a newly passed state law.

“MLB’s Development Center in China has been focused on academics, baseball, and the social and cultural development of each of the participants to come through the doors,” their website reads. “MLB China’s focus is to nurture the needs of those student-athletes, and produce well-rounded and well-prepared individuals for opportunities that might include the continuance of their academic pursuits or a playing career upon the graduation of high school,” the initiative continues.

The MLB’s stratagem comes as they removed their All-Star Game from Atlanta, Georgia after the Georgia State legislature passed an election integrity bill to limit the number and location of drop boxes, reform voter ID requirements, and early voting access statewide while modernizing the state’s voter rolls.

“I have decided that the best way to demonstrate our values as a sport is by relocating this year’s All-Star Game and MLB Draft, Commissioner of Baseball Robert D. Manfred, Jr. said. “Major League Baseball fundamentally supports voting rights for all Americans and opposes restrictions to the ballot box.”

According to a report in the Atlanta Journal-Constitution, the move could cost the City of Atlanta tens of millions of dollars. John Cardillo noted that the financial impact would primarily fall on “predominantly black Atlanta businesses because rich white leftists complained about GA’s voter integrity law.”

MLB praised their Chinese-based development center on their website: “MLB has formed a complete talent training pathway in China, comprised of learning centers, MLB Cup, and connections with domestic and foreign universities.”

The contradictory stance taken by MLB is especially concerning given China’s horrendous human rights record. The U.S. government has accused China of perpetrating genocide against their Muslim minority Uyghur population.

Still, none of this has compelled MLB to remove their academy.

“The centers not only nurture elite players, but they also support the development of baseball in all aspects, from coaching clinics to umpiring clinics, a scout school, and more,” the website concludes.