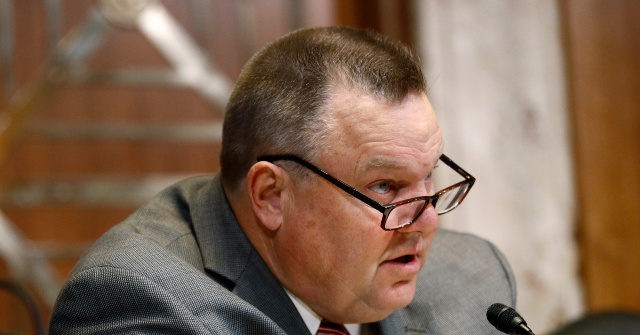 Monday, Sen. Jon Tester (D-MT) reacted to the U.S. Postal Service cutbacks as Democrats have been pushing for mail-in voting amid the ongoing coronavirus pandemic.

Tester on “MSNBC Live” said it is “disgusting” to see the postmaster general under President Donald Trump’s direction “destroy the postal service.” He added that Republicans have not tried to stop the effort because “they don’t want people to vote.”

“To watch this postmaster general destroy the postal service under Trump’s direction and to watch Mitch McConnell do nothing to try to stop that, and by the way, or anybody in the Republican senator caucus stop him other than just give lip service, is disgusting,” Tester declared. “I’m going to tell you if these guys have their way, they will destroy the postal service. They’ll do it because they don’t want people to vote, which is bad enough. But in the process, it’s going to hurt rural America in a big, big way and hurt rural states like Montana in a big, big way. And that’s why we’ve tried to point out to folks all around the state of Montana and the country that the postal service is important. And that we ought to make sure the postal service is around for this election and for a long time after this election. And to see what postmaster DeJoy has done is absolutely disgusting. And certainly not the right direction this country needs to be going in.”