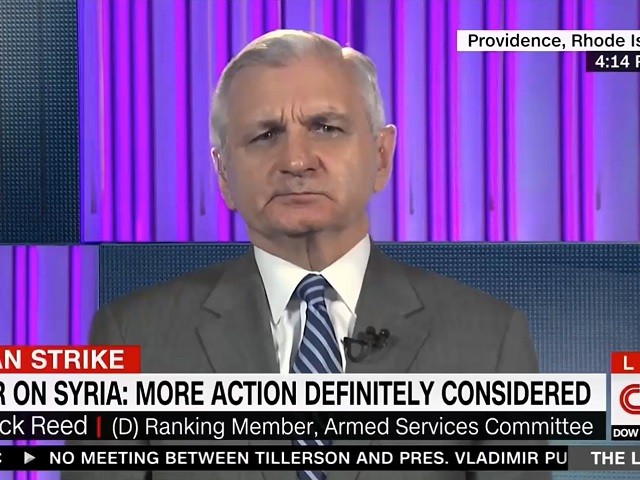 During Friday’s broadcast of “New Day” on CNN, Sen. Jack Reed (D-RI) accused President Donald Trump of using the United States military as a “political stunt” by sending them to the United States-Mexico border.

“This is not an effort to defend the nation. This is an effort to divide the nation for the politics of the last election. The troops are just sort of extras in his political campaign … the whole operation was just a political stunt,” stated Reed.

Reed added that Trump should be utilizing civilian law enforcement officers to protect the border rather than the military.