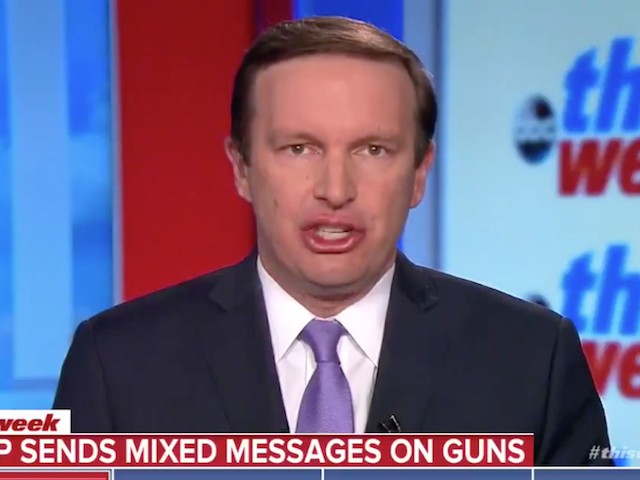 MURPHY: I’m not going to give the House advice on whether or not to proceed with impeachment. I think it is important to get the full report from the special investigator. But let’s be clear, we have reached a new level in the investigation. The special counsel is starting to show his cards, and these are very serious allegations. This is a president who is now named as an un-indicted co-conspirator, the allegation as he committed at least two felonies to try to manipulate the 2016 election.

But Marco Rubio is not wrong that it’s important for congress to know all of the facts, to see the evidence that Mueller has that leads him to make these filings.

RADDATZ: But you heard what Jerrold Nadler said, though. Is it from what you have seen an impeachable offense? I mean, he doesn’t necessarily say the committee should take it up.

MURPHY: So, listen, I think you are beyond the stage that led to impeachment proceedings against President Clinton, whether or not you think that was worthy of impeachment or not. I still think it’s important for congress to get all of the underlying facts and data and evidence that the special counsel has before we make that determination.

RADDATZ: In other words, before Mueller comes out completely, nothing should be done?

RADDATZ: You have also raised concerns about the need to pass legislation to protect the special counsel. Republicans in the senate will need support from Democrats, obviously, to pass the end of the year budget bill in a few weeks. Would you consider holding up passage of that order to also pass a bill to to protect Mueller? Are you still worried about that or have we reached a tipping point?

MURPHY: I’m still very worried about it. You know, I am certainly going to look at all of our options to try to force a vote on legislation that would protect the special counsel. I’m also worried about General Kelly leaving the White House. I imagine that he was one of the people that was attempting to convince the president not to fire Mueller, to not issue pardons as a means of trying to influence the investigation. And so I think that with his departure, certainly the person who replaces him, are concerns that Muller may be on the chopping block are, I think, more serious and this legislation becomes more important.

MURPHY: We certainly have moved into a new phase. The president has now stepped into the same territory that ultimately led to President Nixon resigning the office, President Nixon was an unindicted coconspirator, a — certainly a different set of facts. But this investigation is now starting to put the president in serious legal crosshairs, and he should be worried and the whole country should be worried. Listen, nobody’s rooting for the president to go down in this manner. This isn’t good for democracy but this investigation may ultimately lead to Congress taking action.