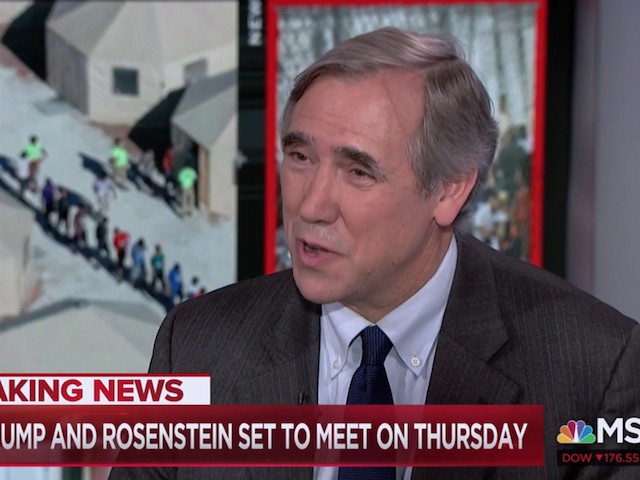 Merkley said, “There’s a cloud over the investigation, and certainly the immediate battle question is Rod Rosenstein’s role and whether he’ll resign, be fired, will be replaced, so on and so forth, and recognize there’s discussion of Jeff Sessions stepping down two months from now, possibly after the election, which then would affect the question of his recusal and whether someone takes over and this—all of this amounts to a dramatic turn of events in terms of whether Congress will get the information from Mueller.”

He added, “Mueller cannot report independently back to Congress. It has to go through supervisor in the Department of Justice, and who is that person overseeing him? This could deeply compromise Congress getting the details of his investigation.”