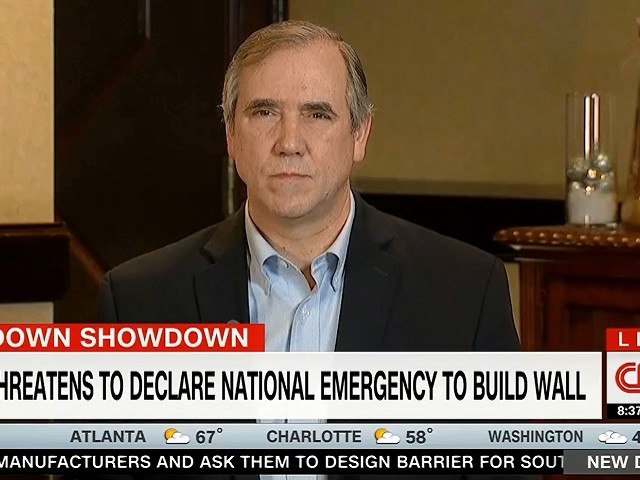 On Monday’s broadcast of CNN’s “New Day,” Senator Jeff Merkley (D-OR) stated that there’s “no reason” any comprehensive immigration bill “should have a 30-foot wall in it.”

Merkley said, “I think talking about a very broad, 2013-style bill is useful. All avenues should be explored. Lamar Alexander has put forward some ideas that the president rejected. Lindsey Graham has done so. That included a discussion of DREAMers. The president has really, in his tantrum, been unwilling to consider a strategy. But there’s no reason that any comprehensive bill should have a 30-foot wall in it. Let’s not waste people’s money — our money.”