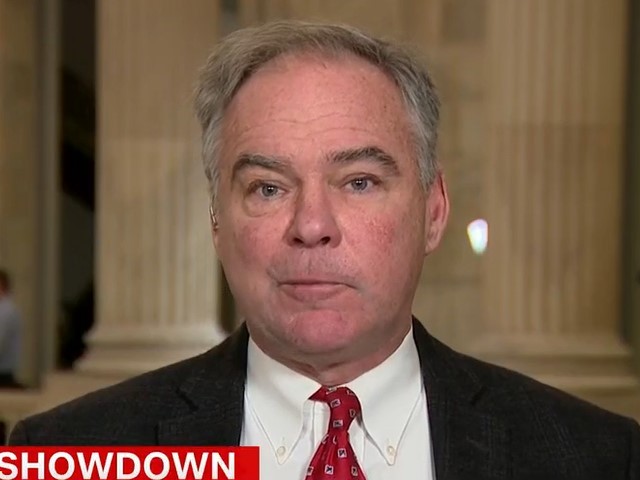 Kaine also urged Trump to reopen the government before negotiating a deal.

“I concluded [Trump] does not care about the policy on this,” Kaine told host Alisyn Camerota. “He wants immigration as a talking point to rev people up and he’s willing to say anything. ‘Mexico will pay for it,’ that was a lie. ‘Democrats are for open borders,’ that’s a lie. ‘Democrats won’t cooperate with me,’ that’s a lie. There is a deal to be had here, but first, we’ve got to reopen government.”

He continued, “It is so unfair to punish farmers who want ag loans, small businesses who want loans, families trying to go to national parks. We’re going to punish all of them? No. Reopen government and then we’ll find a border security and immigration deal.”