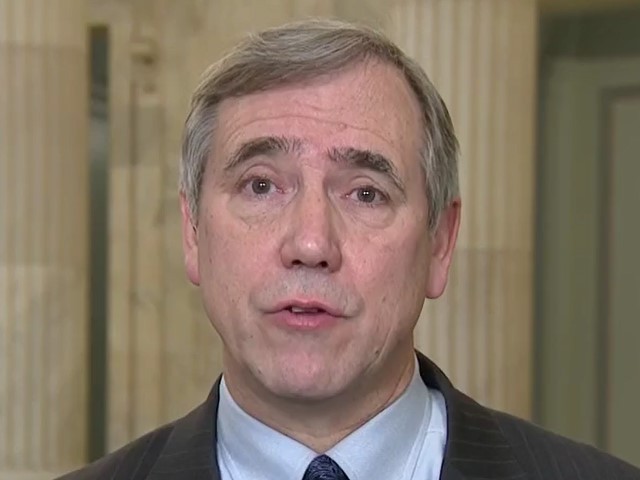 Tuesday on CNN’s “New Day,” Sen. Jeff Merkley (D-OR) commented on President Donald Trump’s planned border wall, which the senator referred to as a “racist symbol” of the Trump administration.

Merkley acknowledged the importance of barriers involving a fence and vehicles, but said there is “nothing magical about a 30-foot wall.”

“There’s nothing magical about a 30-foot wall, and in fact, that has become now a symbol of this administration’s policies, and it’s a racist symbol,” Merkley stated.

Merkley went on to say he would not vote for anything that would be called a wall.

“I’ve seen some border fences, they’re chain link, you can see through them. They slow people down with sensors and people can respond. But anything that is like this vast kind of massive wall that extends 30 feet into the air, whether it’s steel slats, whether it’s concrete, no, absolutely not,” he added.