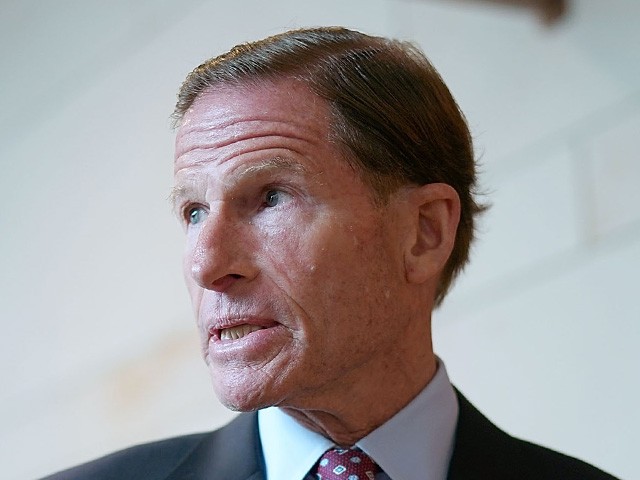 On Thursday’s broadcast of CNN’s “Situation Room,” Sen. Richard Blumenthal (D-CT) argued that the Supreme Court striking down New York’s proper cause requirement for concealed carry permits will “unleash gun violence” but admitted that New York’s red flag law “should have” prevented the Buffalo shooting from happening and “if there had been sufficient resources to implement the law properly, it would have stopped it.”

Blumenthal stated, “This decision is deeply destructive to responsible prevention of gun violence because it is such an expansive view of Second Amendment rights. It will unleash gun violence in many communities across America. Because it justifies very, very broad rights to carry firearms in public, and it will lead to more guns in public and likely more gun deaths and injuries in public.”

Host Wolf Blitzer then pointed out that Justice Samuel Alito argued in his opinion that New York’s gun laws failed to stop the mass shooting in Buffalo.

Blumenthal responded, “My reaction is that, with all due respect, Justice Alito has no understanding of the background to that Buffalo shooting. In fact, the New York red flag law should have stopped it, if there had been sufficient resources to implement the law properly, it would have stopped it. And that’s why our new proposal, the Safer Communities Act, provides $750 million in resources to states like New York that have red flag laws and it provides support for other states to adopt similar laws, but implementation and enforcement are key to any law, particularly these red flag laws.”