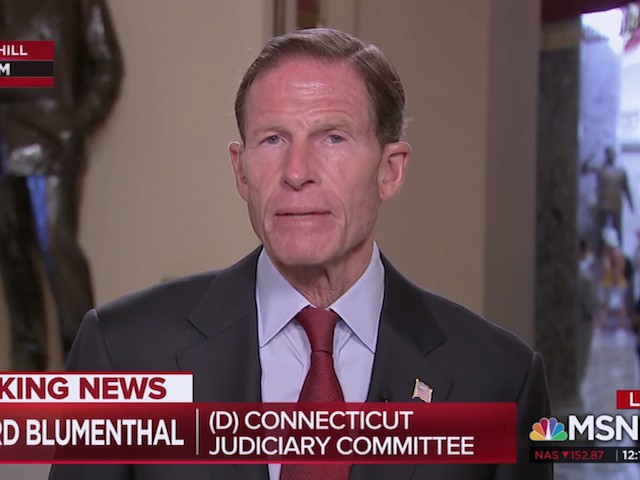 Blumenthal said, “I have seen it, and I want to re-read parts of it, but my emphatic opinion is that this set of interviews is at best, most charitably woefully incomplete. To put it bluntly, it smacks of a whitewash even a cover-up. There so many relevant witnesses who have not been contacted let alone interviewed. Of the 25 witnesses that I told the FBI and the White House were necessary and my colleagues on the Judiciary Committee on the Democratic side joined me in this letter, and only a fraction have been contacted. They have not interviewed again Dr. Blasey Ford and Judge Kavanaugh and others, and even many of the eyewitnesses who potentially saw what happened to Deborah Ramirez have never been contacted.”

He added, “The FBI is not responsible. I think that the blame lies with White House that straitjacketed this investigation.”